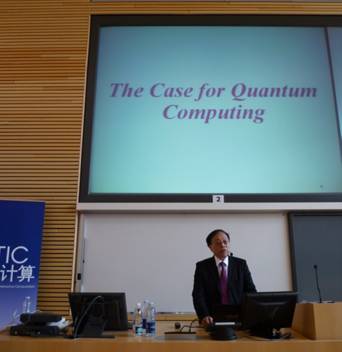 Prof. Yao gives a talk at the inauguration. 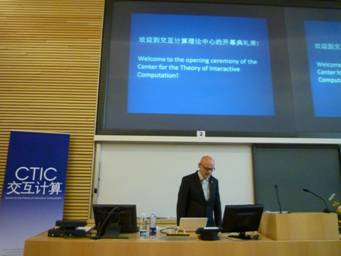 CTIC is a tight collaboration between IIIS, Tsinghua University and the Department of Computer Science, Aarhus University. It focuses on four related areas of theoretical computer science namely Computational Complexity Theory, Cryptography, Quantum Informatics and Game Theory. CTIC got approved under the framework of joint fund in October 2010 and officially kicked off in January 2011.

The Chinese Center Leader for CTIC, Prof. Andrew Yao introduced the organization, faculty and research at IIIS, Tsinghua University and announced that CTW2011 will be hosted by Aarhus University this October. He also gave a Distinguished Lecture entitled “Quantum Computing: A Great Science in the Making” at the inauguration. 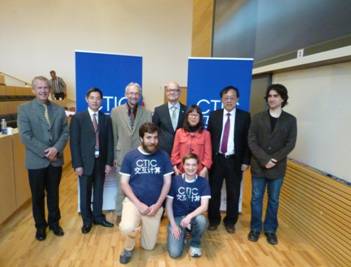