Dr. Neal Lane is the Malcolm Gillis University Professor at Rice University. He also holds appointments as a Senior Fellow of the James A. Baker III Institute for Public Policy. Prior to returning to Rice University, Dr. Lane served in the Federal government as Assistant to the President for Science and Technology and Director of the White House Office of Science and Technology Policy, from August 1998 to January 2001, and as Director of the National Science Foundation (NSF) and member (ex officio) of the National Science Board, from October 1993 to August 1998.

During the meeting, Prof. Yao and Dr. Lane shared their understanding on the common grounds and difference between China and US in scientific research. Dr. Neal Lane believed that bilateral academic exchange has been an important vehicle for people of the two countries to know each other and promote strategic cooperation. Dr. Lane suggested that both sides carry out more seminars and exchange activities. 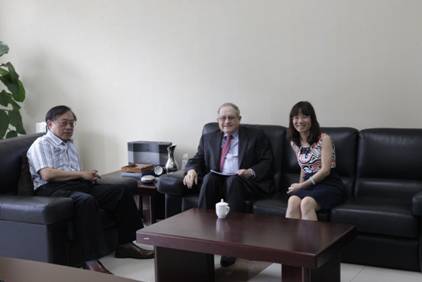