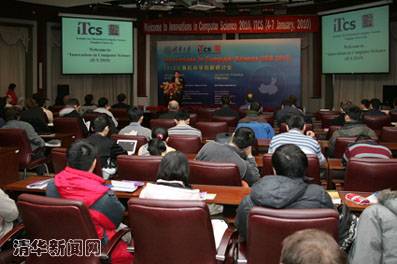 The First Symposium on Innovations in Computer Science (ICS2010) opened at Tsinghua’s Institute of Theoretical Computer Science (ITCS) on January 5, 2010. Dozens of scholars, researchers and young students from such world-renowned institutions as Princeton University, MIT, and Tsinghua University gathered together during the three-day symposium to present the findings of their latest research, and exchange their latest research ideas and models. Tsinghua University President Gu Binglin attended the opening ceremony. “Innovations in Computer Science 2010 (ICS2010)” is one of the top-ranking international academic conferences in the field of computer science. The papers accepted by the symposium represent leading-edge research results covering such fields as computational complexity, allocation algorithms and cryptography. There are twelve sessions and one discussion at the symposium, focusing on the issue of enhancing the scientific research levels of innovation in Theoretical Computer Science of China and the world, as introducing a new concept or model, opening a new line of inquiry within traditional or cross-disciplinary areas, or introducing novel techniques or novel applications of known techniques. With the rapid development of computer science, innovation has been an essential factor in this field. And this symposium provides a brand-new perspective in theoretical computer science, as well as a new idea and model for the understanding of the trend of future computer science and its further development. 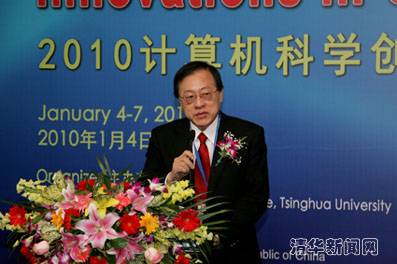 Organized by the Institute for Theoretical Computer Science (ITCS), ICS2010 is a new gathering in the field of Theoretical Computer Science. The symposium has been sponsored by the Ministry of Education of the People’s Republic of China, the Ministry of Science and Technology of the People’s Republic of China, National Basic Research Program of China, National Natural Science Foundation of China and Tsinghua University. The First Symposium on Innovations in Computer Science has been published by the Tsinghua University Press for the symposium. 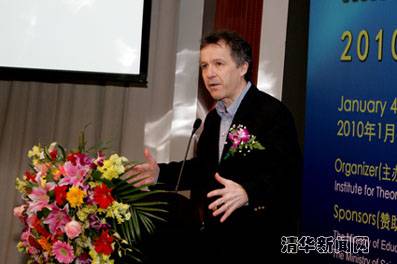