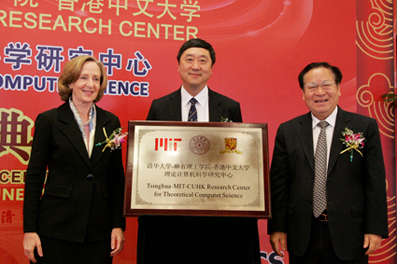 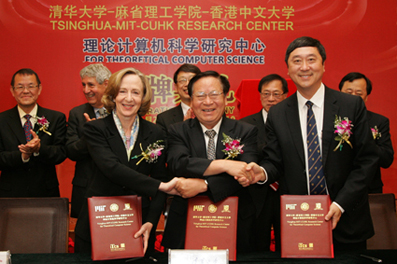 This event was witnessed by members of the student body and members of relevant schools at Tsinghua University as well as a number of distinguished guests. Among them were Vice Minister of Education Professor Chen Xi, President of MIT Professor Susan Hockfield, Vice Chancellor Designate of CUHK Professor Joseph Sung, Tsinghua University President Gu Binglin, and A.M. Turing Award laureate (2000) and the Director of Tsinghua's Institute for Theoretical Computer Science, Professor Andrew Chi-Chih Yao. 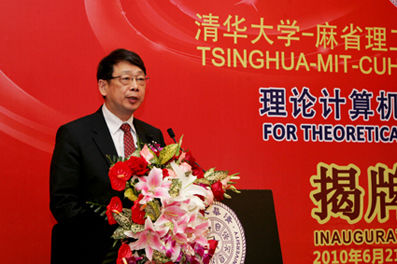 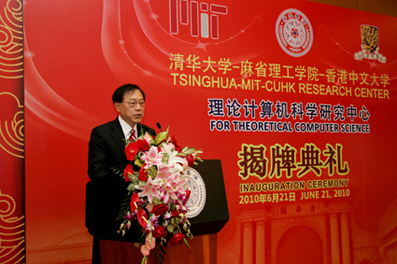 The Research Center was founded to conduct collaborative scientific research in the field of theoretical computer science and provide an important platform for international exchange of both students and faculty members in the field. Professor Yao stressed that the Center would enhance collaborative research in theoretical computer science and also develop a comprehensive exchange program for students. It is hoped that more world-class findings and scientists will emerge as a result of the establishment of the Research Center.

The Center's initial research agenda is broadly based on the theory of computation. However, this will gradually expand to include various other research areas in the field of computer science, such as computational biology and machine learning. 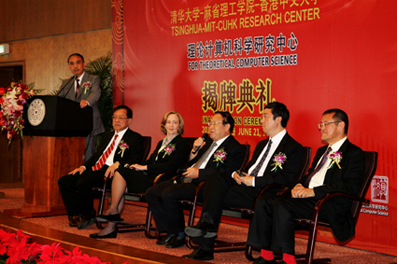 The inauguration ceremony concluded with the unveiling of a new plaque for the Center and a short forum in which students were able to express their thoughts and ask questions regarding the Center.

The founding of the Tsinghua-MIT-CUHK Research Center for Theoretical Computer Science has paved the way for a new era of strategic cooperation linking Tsinghua University, MIT and CUHK.
<![endif]-->
Login