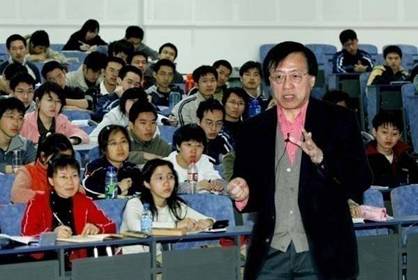 On Thursday, April 8, 2010, the weekly lecture on Mathematics for Computer Science started as usual at 9:50am in the 6th Teaching Building, Tsinghua University. Professor Andrew Chi-Chih Yao presented non-trivial theories to undergraduate students by means of introducing them within the context of their interesting applications in computer science. Drawing connections from Aristotle to Holmes, his examples and vivid introductions were well-received by "Yao Class" students. Following the lecture, Professor Yao joined the ITCS graduate student Theory Lunch during which Ph. D. students, postdoctoral research fellows and faculty members presented their latest research findings, and exchanged research ideas and models. Afterwards, Professor Yao met with a visitor from the MIT Computer Science and Artificial Intelligence Laboratory. By late afternoon, Professor Yao was ready to turn to his own research. 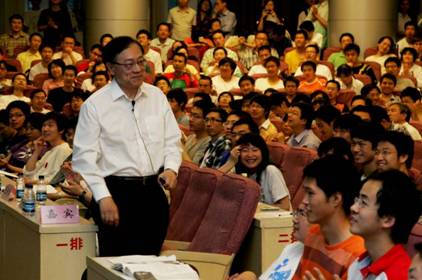 He has served on the faculty at MIT, Stanford, UC Berkeley and as William and Enda Macaleer Professor of Engineering and Applied Science at Princeton University. In 2004, he left Princeton to become a Professor of Computer Science at Tsinghua University in Beijing. He is also a Distinguished Professor-at-Large at the Chinese University of Hong Kong.

At Tsinghua University, Professor Yao built the Institute for Theoretical Computer Science (ITCS, see http://itcs.tsinghua.edu.cn/home.php), with a mission to nurture talent as well as to actively promote the advancement of the field of computer science. The Institute enjoys a select group of permanent members and a large group of visitors who stay for varying durations, much in the same spirit as the Institute for Advanced Study at Princeton. In particular, ITCS has a unique chair professor team (see http://itcs.tsinghua.edu.cn/faculty.php) made up of more than twenty famous scholars in theoretical computer science, including several Gödel and Nevanlinna prize winners. The team members regularly visit ITCS and are actively involved in the supervision of Ph. D. students.

The research interests of the aforementioned members include Theory, Security and Cryptography, Networks, Computational Biology & Neuro-science as well as Machine Learning & AI. With such a vibrant research environment and impressive research outputs, ITCS provides an ideal setting for fruitful interactions and collaborations among its members.

Professor Yao also started the Special Pilot CS Class or "Yao Class" (see http://itcs.tsinghua.edu.cn/pilotclass/introduction.php), an elite undergraduate program within ITCS. It has attracted a number of the brightest students in China to study theoretical computer science at Tsinghua University. In the "Yao Class",  Professor Yao places great emphasis on students?theoretical and practical competence in order to nurture top-class creative scientists. Within this framework, the "Yao Class" has developed its own teaching methodologies, emphasizing on the theoretical foundations required to help students obtain a solid theoretical basis, and providing an international platform for practical experience and academic exchange. 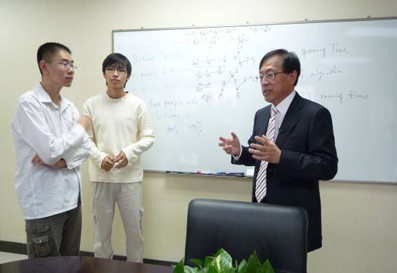 Professor Yao personally formulates the curriculum and sets up the program. He prepares fifteen core courses for the class based on advanced teaching methods from MIT, Stanford and Princeton. Furthermore, Professor Yao gives lectures in six courses of the program, introducing the material formulated through his years of experience and teaching to undergraduate students. In each lecture, he discusses real-life examples to help the students think about theoretical questions. Rather than following a traditional teaching plan, Professor Yao's lectures incorporate his own research results and experience. For many, this has been the most distinct characteristic of the program.

Under the leadership of Professor Yao, ITCS has become a world-renowned research center through a number of initiatives. Among them the "First Symposium on Theoretical Computer Science" was held from October 13 to 17, 2008. During the five days, leading scholars in the field of theoretical computer science contributed their latest research results and shared perspectives with each other on how to optimize research and teaching results. The ITCS chair professor team also had a face-to-face interview with Tsinghua students in the Lecture Hall of FIT Building on the best ways to cultivate world-leading talents in theoretical computer science in China, and shared their own life and academic experiences. 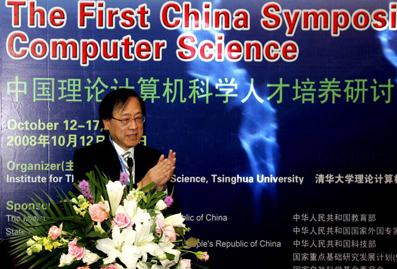 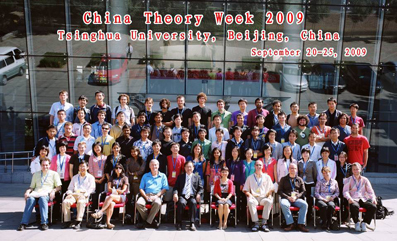 During the symposium "China Computer Science Vision 2020" in October 2009, (see http://itcs.tsinghua.edu.cn/ChinaCS2020/), Professor Yao unveiled the ambitious "China Computer Science 2020 Plan", which proposes that ITCS be developed into a medium-sized computer science institute not only for theory but also for the field of computer science in general. The Plan would cover a substantial part of the computer science field and aim to achieve academic excellence competitive with the top ten computer science departments in the world. It would also aim to help make China competitive in future IT innovation. In Professor Yao's vision, these efforts would involve nurturing innovative students and other talented individuals at all levels, creating high-end intellectual research by faculty members, and promoting the transfer of technology. According to the Plan, by 2020 the current research scope of ITCS would expand to ten areas, the size of the faculty would increase to sixty members, and the number of PhD students would reach up to 240. 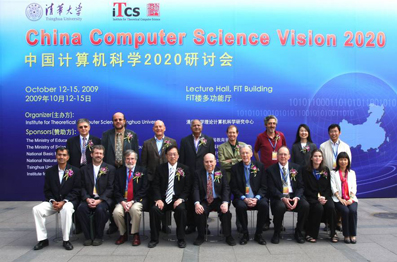 Recently, ITCS has been instrumental in founding a new conference, "Innovations in Computer Science 2010 (ICS2010)" (see http://conference.itcs.tsinghua.edu.cn/ICS2010/) that seeks to promote research that carries a strong conceptual message. More specifically, it hopes to foster the kind of research that introduces a new concept or model, opens a new line of inquiry within traditional or cross-disciplinary areas, or introduces novel techniques or novel applications of known techniques. With a steering committee composed of Turing, Gödel and Nevanlinna prize winners, the conference hosted by ITCS has had a successful start. There were a total of 39 accepted papers by the first symposium, representing cutting-edge research results in the fields of computational complexity, allocation algorithms and cryptography. ICS2010 Conference Proceedings which contain all of the accepted papers were published by Tsinghua University Press, Beijing. As one of the gifts for the Tsinghua University Centenary Celebration, the success of ICS2010 is of great significance, indicating that Tsinghua University has made a critical step toward a world-class research university. 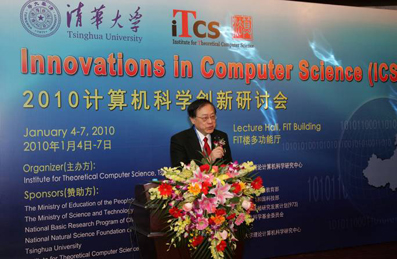 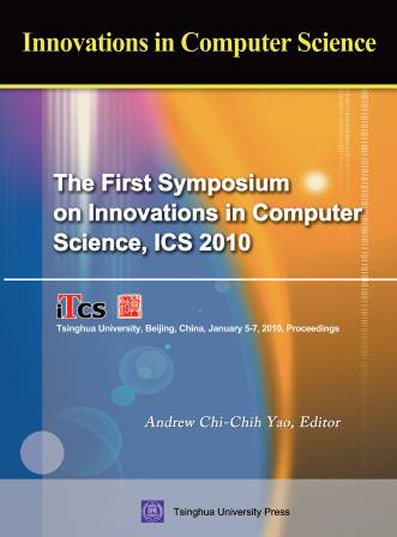 Besides international academic conferences, Professor Yao also puts great emphasis on international exchanges at ITCS. He has led efforts to found the Tsinghua-MIT-CUHK Joint Center on Theoretical Computer Science with the MIT Computer Science and Artificial Intelligence Laboratory and the Institute for Theoretical Computer and Communication at the Chinese University of Hong Kong. The scope of the Joint Center is broadly construed on the theory of computation, including computational biology and machine learning, to name a few. Major activities will include student and faculty exchanges, as well as joint research projects with an aim to maintain research continuity and increase connections among the three institutions. Moreover, the ITCS team, with Professor Yao as the PI, has submitted a joint proposal with Aarhus University to found the Center for the Theory of Interactive Computation to study foundational topics regarding the theory of computation using mathematical methods. Through the combination of their respective expertise will they will attempt to build a center whose scientific capabilities are competitive with other prestigious research institutions.