At the invitation of the Chinese University of Hong Kong, ITCS graduate students Chenye Wu, Wei Hu, Nathaniel Hobbs and Liwen Xu joined the CUHK Summer Research Placement Program for Mainland Postgraduate Students 2010 during June 21 to August 15.
The Program was launched by CUHK and has been successfully organized for three consecutive years since 2008. It aims to enhance further collaboration between students from Hong Kong and mainland China. As one of its strategic mainland partners, ITCS graduate students has joined over fifty research students from the Chinese Academy of Sciences, China Agricultural University, Peking University, Shanghai Jiaotong University, and Fudan University in this program since its inception. They have forged close relationship with their counterparts from top institutions.

As one of the participants this year, Chenye Wu says, “Visiting CUHK not only widens my academic sight, but also gives me a chance to really work with other smart researchers outside Tsinghua on some cool stuff.” And Nathaniel Hobbs believes that it has been a real learning experience going to Hong Kong as he gained some exposure into the computational biology field, and began to feel the ideas behind doing research in general and that field in particular.

The Program, as part of the Graduate Program at ITCS, serves as a bond between students from both Hong Kong and mainland China. It has provided a great platform for ITCS graduate students to expand their international perspectives. 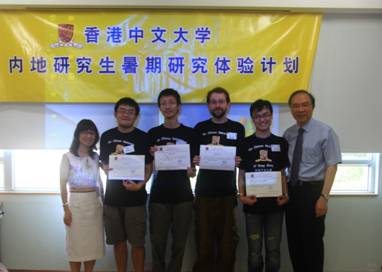 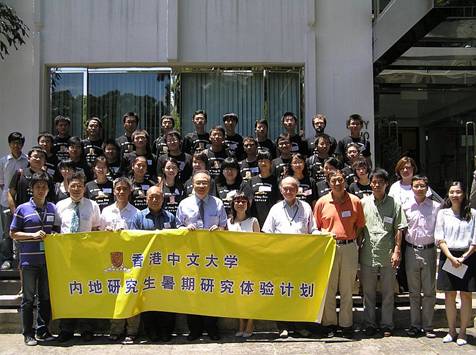