Sept 16, 2010, the audience burst into a warm round of applause when Hongyi Yao finished his talk entitled “Achieving the Scaling Law of SNR-Monitoring in Dynamic Wireless Networks”. As the last talk in the five-day workshop, it also marked the successful conclusion of CTW 2010.

During the Closing Banquet, Prof. Andrew Yao and Prof. Johan Håstad, one of the keynote speakers from Kungl Tekniska Hogskolan, jointly presented the Swedish toast song and "You and Me”, the theme song for the 2008 Beijing Olympic Games. “You and Me, From one world, We are family”, “A thousand miles, Meeting in Beijing…” Everyone got the feeling that there is really no border when it comes to music. 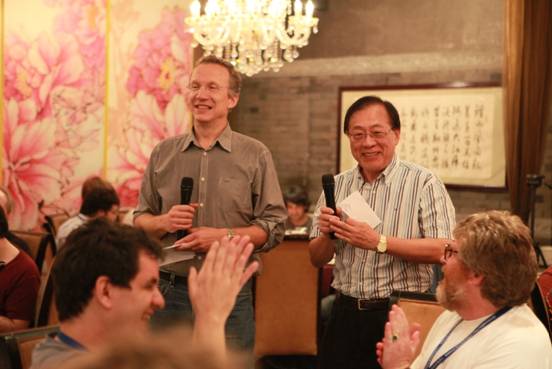 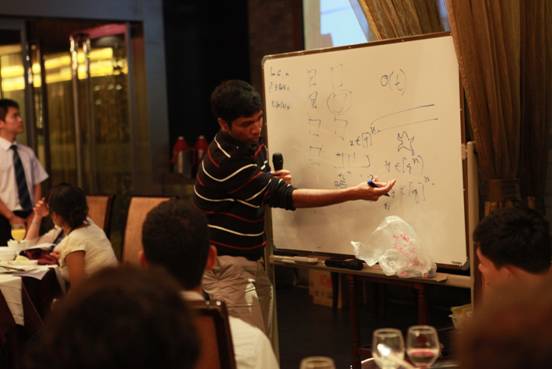 On Sept. 17, CTW 2010 participants visited the Summer Palace and the Forbidden City. They had a great experience of Beijing in the golden September. 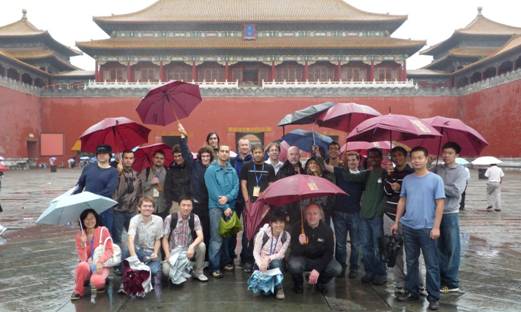