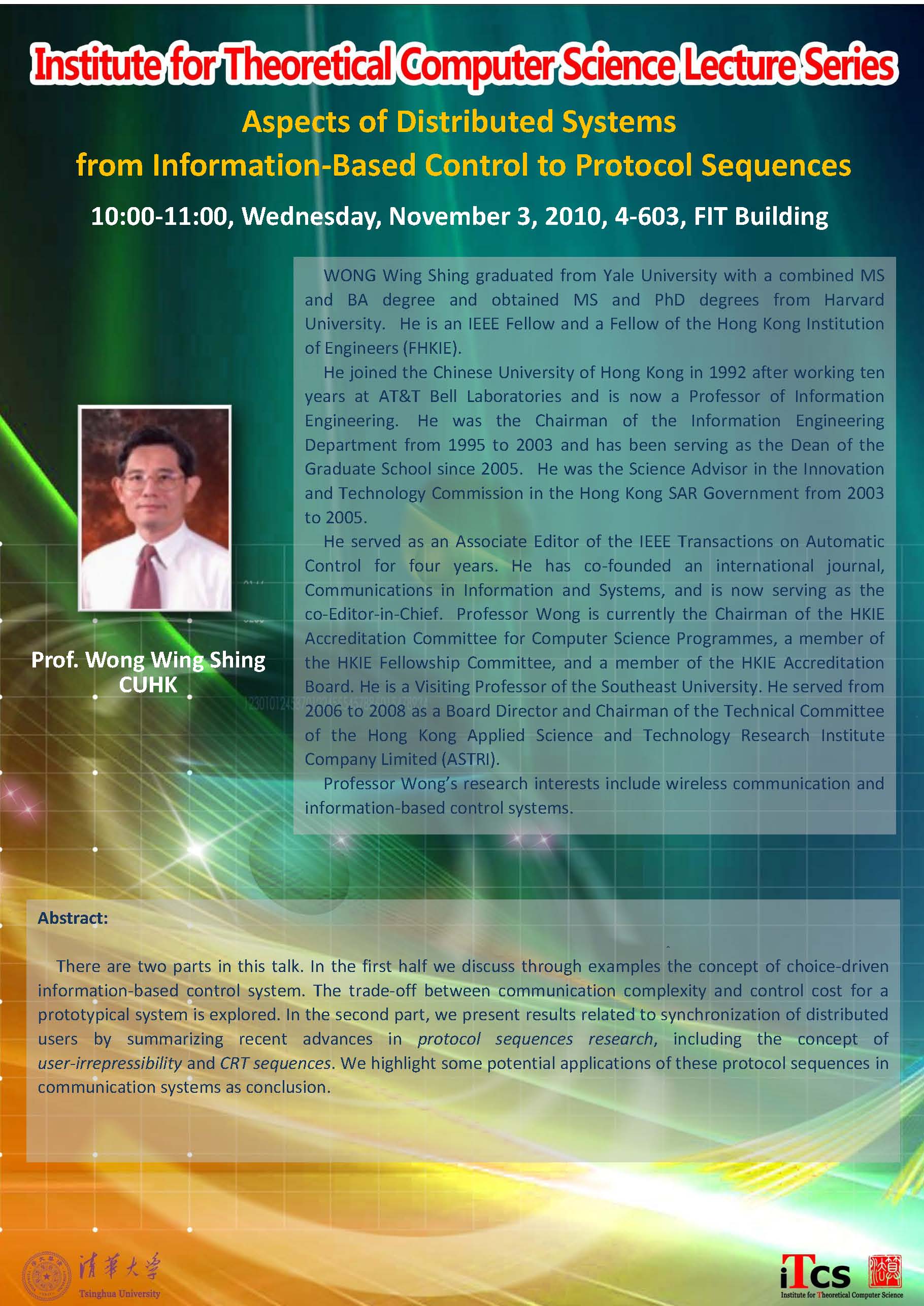 
There are two parts in this talk. In the first half we discuss through examples the concept of choice-driven information-based control system. The trade-off between communication complexity and control cost for a prototypical system is explored. In the second part, we present results related to synchronization of distributed users by summarizing recent advances in protocol sequences research, including the concept of user-irrepressibility and CRT sequences. We highlight some potential applications of these protocol sequences in communication systems as conclusion.

WONG Wing Shing graduated from Yale University with a combined MS and BA degree and obtained MS and PhD degrees from Harvard University.  He is an IEEE Fellow and a Fellow of the Hong Kong Institution of Engineers (FHKIE).

He joined the Chinese University of Hong Kong in 1992 after working ten years at AT&T Bell Laboratories and is now a Professor of Information Engineering.  He was the Chairman of the Information Engineering Department from 1995 to 2003 and has been serving as the Dean of the Graduate School since 2005.  He was the Science Advisor in the Innovation and Technology Commission in the Hong Kong SAR Government from 2003 to 2005.

He served as an Associate Editor of the IEEE Transactions on Automatic Control for four years. He has co-founded an international journal, Communications in Information and Systems, and is now serving as the co-Editor-in-Chief.  Professor Wong is currently the Chairman of the HKIE Accreditation Committee for Computer Science Programmes, a member of the HKIE Fellowship Committee, and a member of the HKIE Accreditation Board. He is a Visiting Professor of the Southeast University. He served from 2006 to 2008 as a Board Director and Chairman of the Technical Committee of the Hong Kong Applied Science and Technology Research Institute Company Limited (ASTRI).