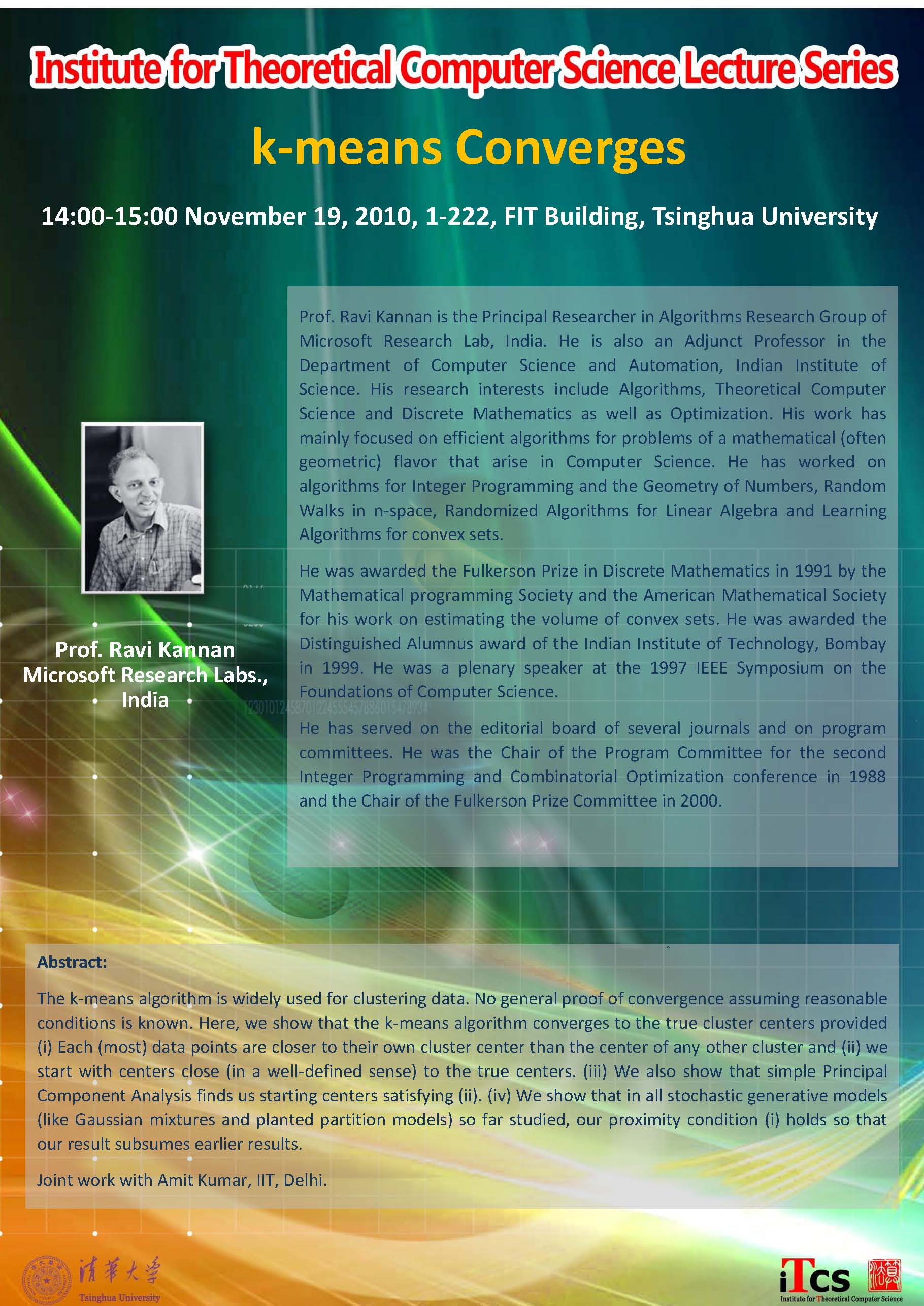 (iv)              We show that in all stochastic generative models (like Gaussian mixtures and planted partition models) so far studied, our proximity condition (i) holds so that our result subsumes earlier results.

He was awarded the Fulkerson Prize in Discrete Mathematics in 1991 by the Mathematical programming Society and the American Mathematical Society for his work on estimating the volume of convex sets. He was awarded the Distinguished Alumnus award of the Indian Institute of Technology, Bombay in 1999. He was a plenary speaker at the 1997 IEEE Symposium on the Foundations of Computer Science.

He has served on the editorial board of several journals and on program committees. He was the Chair of the Program Committee for the second Integer Programming and Combinatorial Optimization conference in 1988 and the Chair of the Fulkerson Prize Committee in 2000.