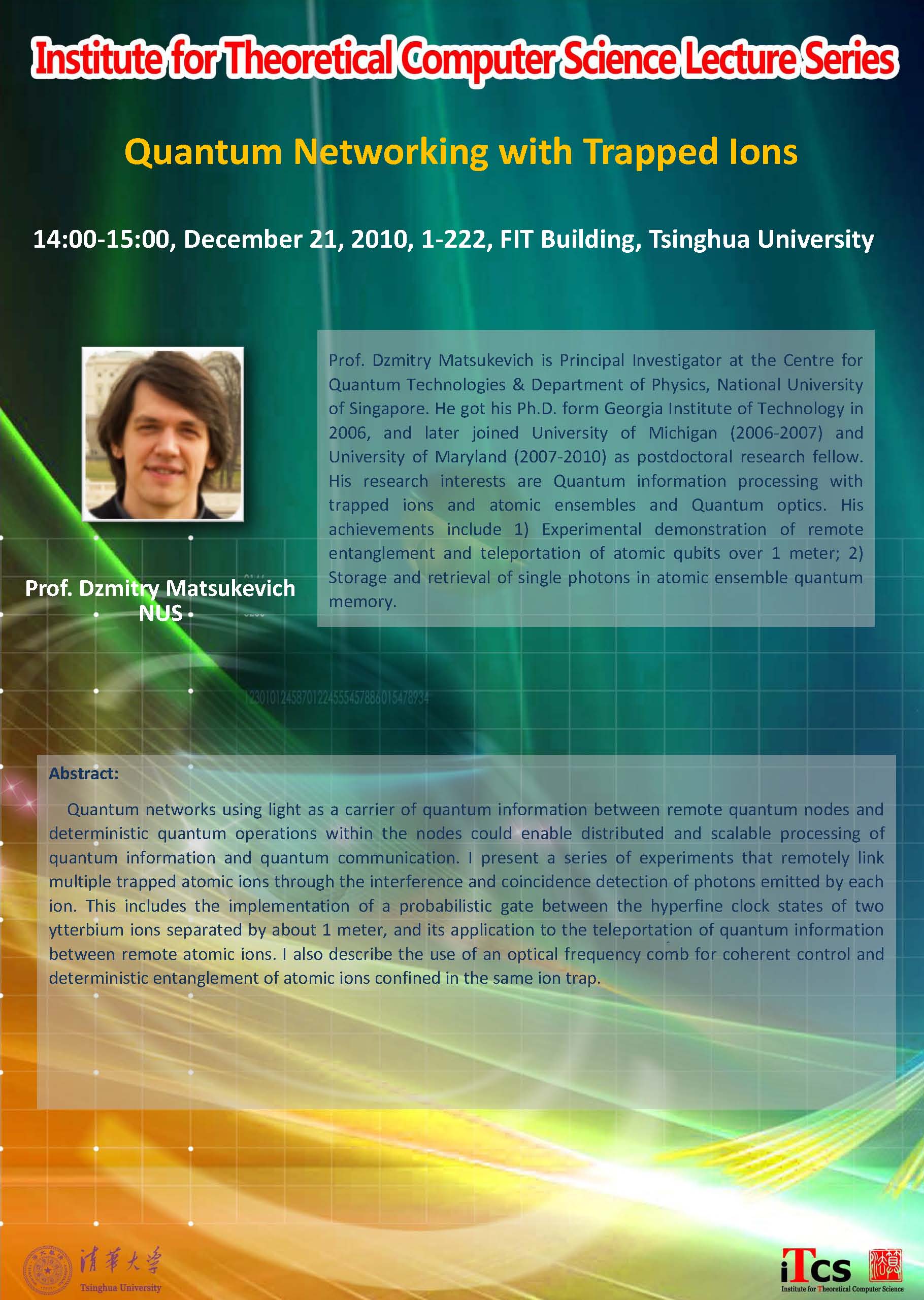 Abstract:
Quantum networks using light as a carrier of quantum information between remote quantum nodes and deterministic quantum operations within the nodes could enable distributed and scalable processing of quantum information and quantum communication. I present a series of experiments that remotely link multiple trapped atomic ions through the interference and coincidence detection of photons emitted by each ion. This includes the implementation of a probabilistic gate between the hyperfine clock states of two ytterbium ions separated by about 1 meter, and its application to the teleportation of quantum information between remote atomic ions. I also describe the use of an optical frequency comb for coherent control and deterministic entanglement of atomic ions confined in the same ion trap.

Short Bio:
Prof. Dzmitry Matsukevich is Principal Investigator at the Centre for Quantum Technologies & Department of Physics, National University of Singapore. He got his Ph.D. form Georgia Institute of Technology in 2006, and later joined University of Michigan (2006-2007) and University of Maryland (2007-2010) as postdoctoral research fellow. His research interests are Quantum information processing with trapped ions and atomic ensembles and Quantum optics. His achievements include 1) Experimental demonstration of remote entanglement and teleportation of atomic qubits over 1 meter; 2) Storage and retrieval of single photons in atomic ensemble quantum memory.