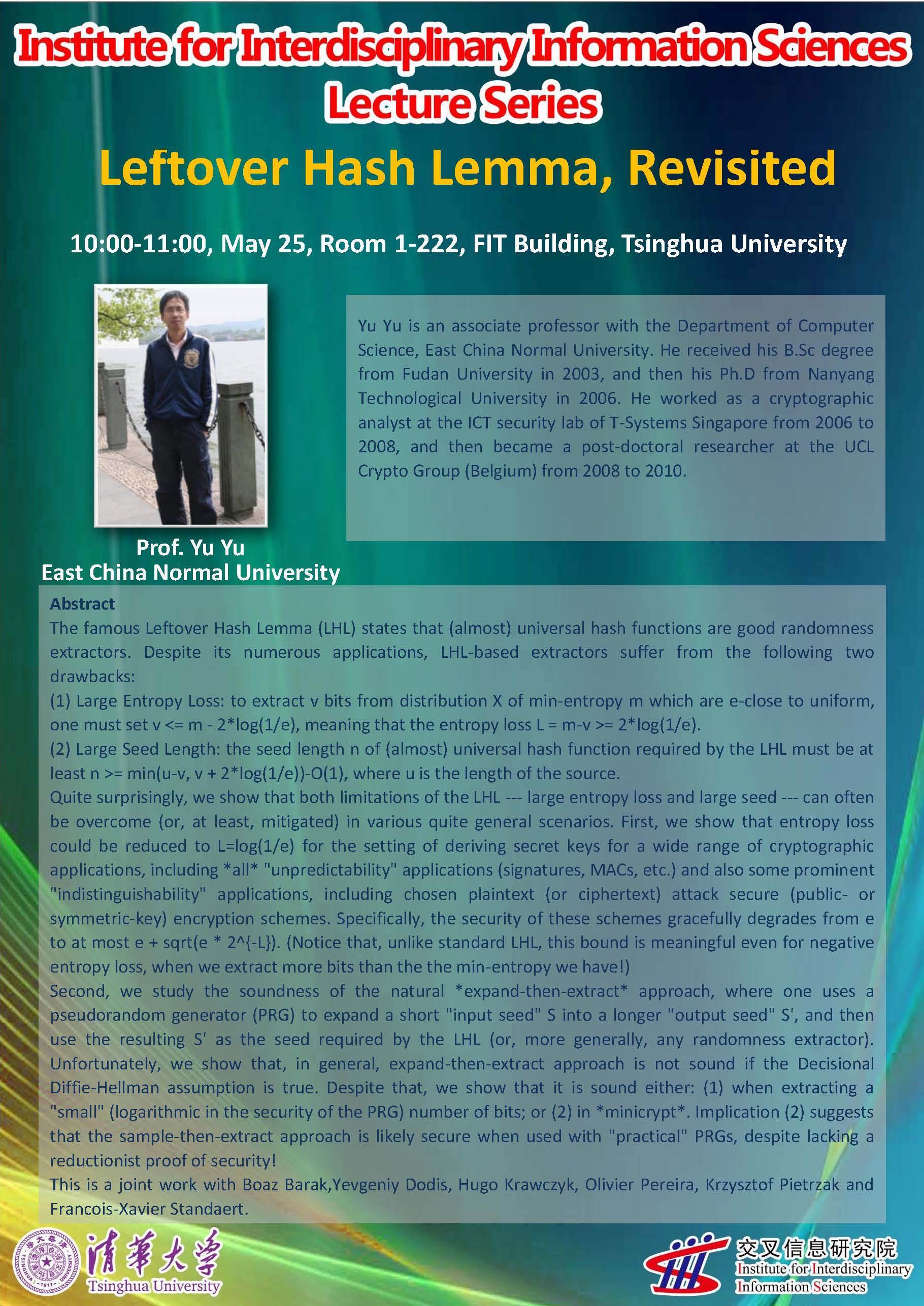 Quite surprisingly, we show that both limitations of the LHL --- large entropy loss and large seed --- can often be overcome (or, at least, mitigated) in various quite general scenarios. First, we show that entropy loss could be reduced to L=log(1/e) for the setting of deriving secret keys for a wide range of cryptographic applications, including *all* "unpredictability" applications (signatures, MACs, etc.) and also some prominent "indistinguishability" applications, including chosen plaintext (or ciphertext) attack secure (public- or symmetric-key) encryption schemes. Specifically, the security of these schemes gracefully degrades from e to at most e + sqrt(e * 2^{-L}). (Notice that, unlike standard LHL, this bound is meaningful even for negative entropy loss, when we extract more bits than the the min-entropy we have!)

Second, we study the soundness of the natural *expand-then-extract* approach, where one uses a pseudorandom generator (PRG) to expand a short "input seed" S into a longer "output seed" S', and then use the resulting S' as the seed required by the LHL (or, more generally, any randomness extractor). Unfortunately, we show that, in general, expand-then-extract approach is not sound if the Decisional Diffie-Hellman assumption is true. Despite that, we show that it is sound either: (1) when extracting a "small" (logarithmic in the security of the PRG) number of bits; or (2) in *minicrypt*. Implication (2) suggests that the sample-then-extract approach is likely secure when used with "practical" PRGs, despite lacking a reductionist proof of security!


Yu Yu is an associate professor with the Department of Computer Science, East China Normal University. He received his B.Sc degree from Fudan University in 2003, and then his Ph.D from Nanyang Technological University in 2006. He worked as a cryptographic analyst at the ICT security lab of T-Systems Singapore from 2006 to 2008, and then became a post-doctoral researcher at the UCL Crypto Group (Belgium) from 2008 to 2010.