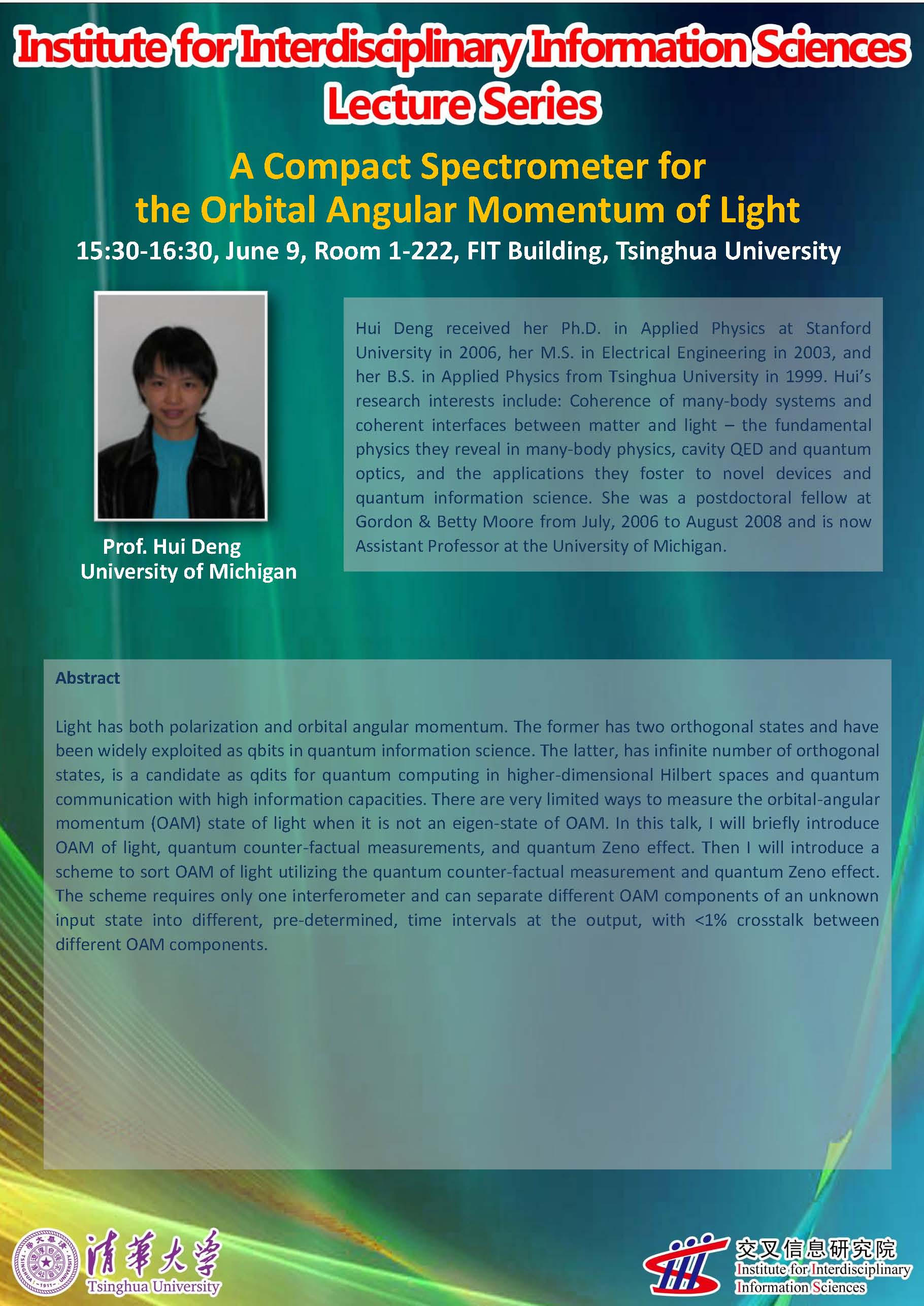 
Light has both polarization and orbital angular momentum. The former has two orthogonal states and have been widely exploited as qbits in quantum information science. The latter, has infinite number of orthogonal states, is a candidate as qdits for quantum computing in higher-dimensional Hilbert spaces and quantum communication with high information capacities. There are very limited ways to measure the orbital-angular momentum (OAM) state of light when it is not an eigen-state of OAM. In this talk, I will briefly introduce OAM of light, quantum counter-factual measurements, and quantum Zeno effect. Then I will introduce a scheme to sort OAM of light utilizing the quantum counter-factual measurement and quantum Zeno effect. The scheme requires only one interferometer and can separate different OAM components of an unknown input state into different, pre-determined, time intervals at the output, with <1% crosstalk between different OAM components.


Hui Deng received her Ph.D. in Applied Physics at Stanford University in 2006, her M.S. in Electrical Engineering in 2003, and her B.S. in Applied Physics from Tsinghua University in 1999. Hui’s research interests include: Coherence of many-body systems and coherent interfaces between matter and light – the fundamental physics they reveal in many-body physics, cavity QED and quantum optics, and the applications they foster to novel devices and quantum information science. She was a postdoctoral fellow at Gordon & Betty Moore from July, 2006 to August 2008 and is now Assistant Professor at the University of Michigan.