Limits on the Computational Power of Random Strings 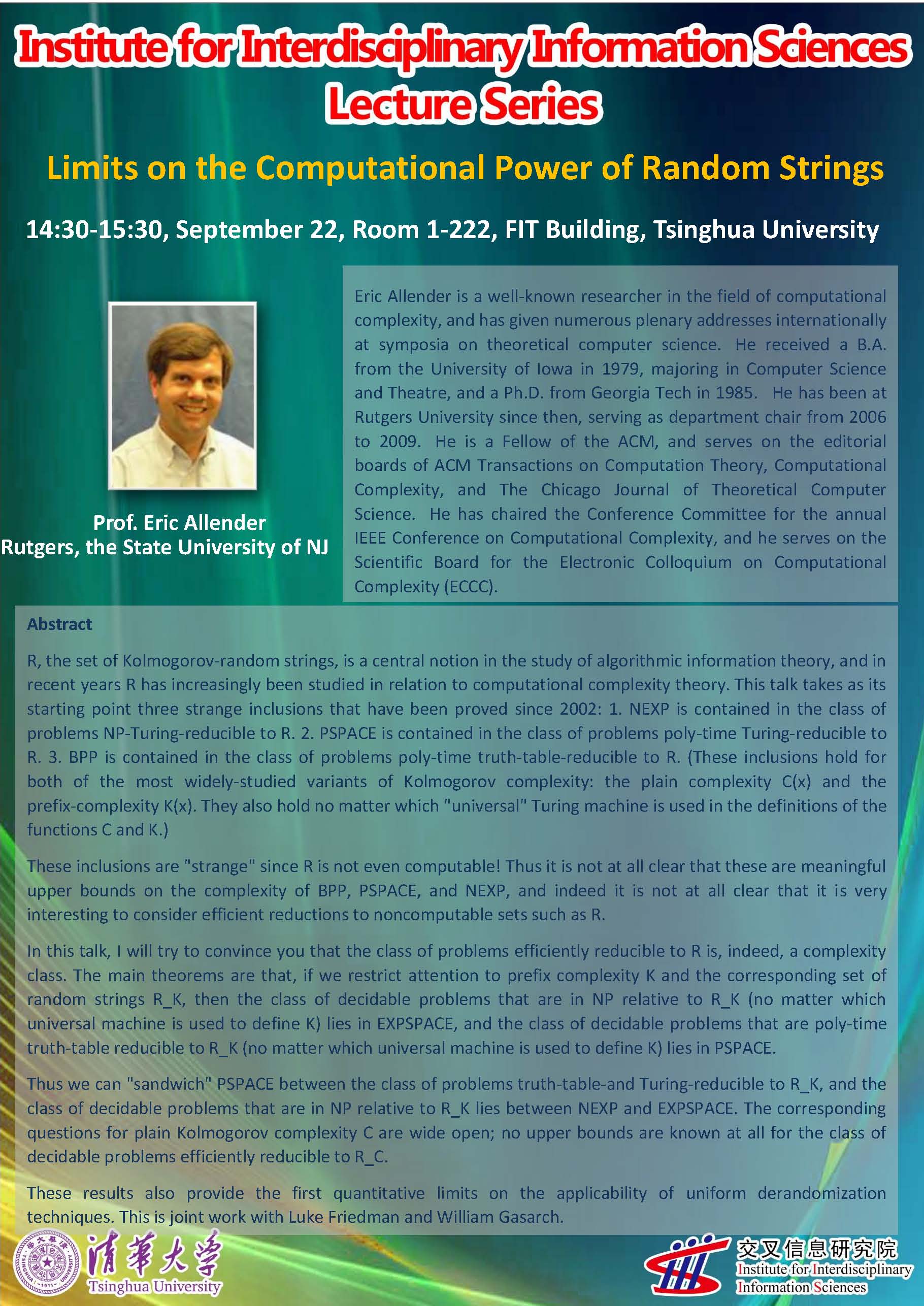 These results also provide the first quantitative limits on the applicability of uniform derandomization techniques.

This is joint work with Luke Friedman and William Gasarch.