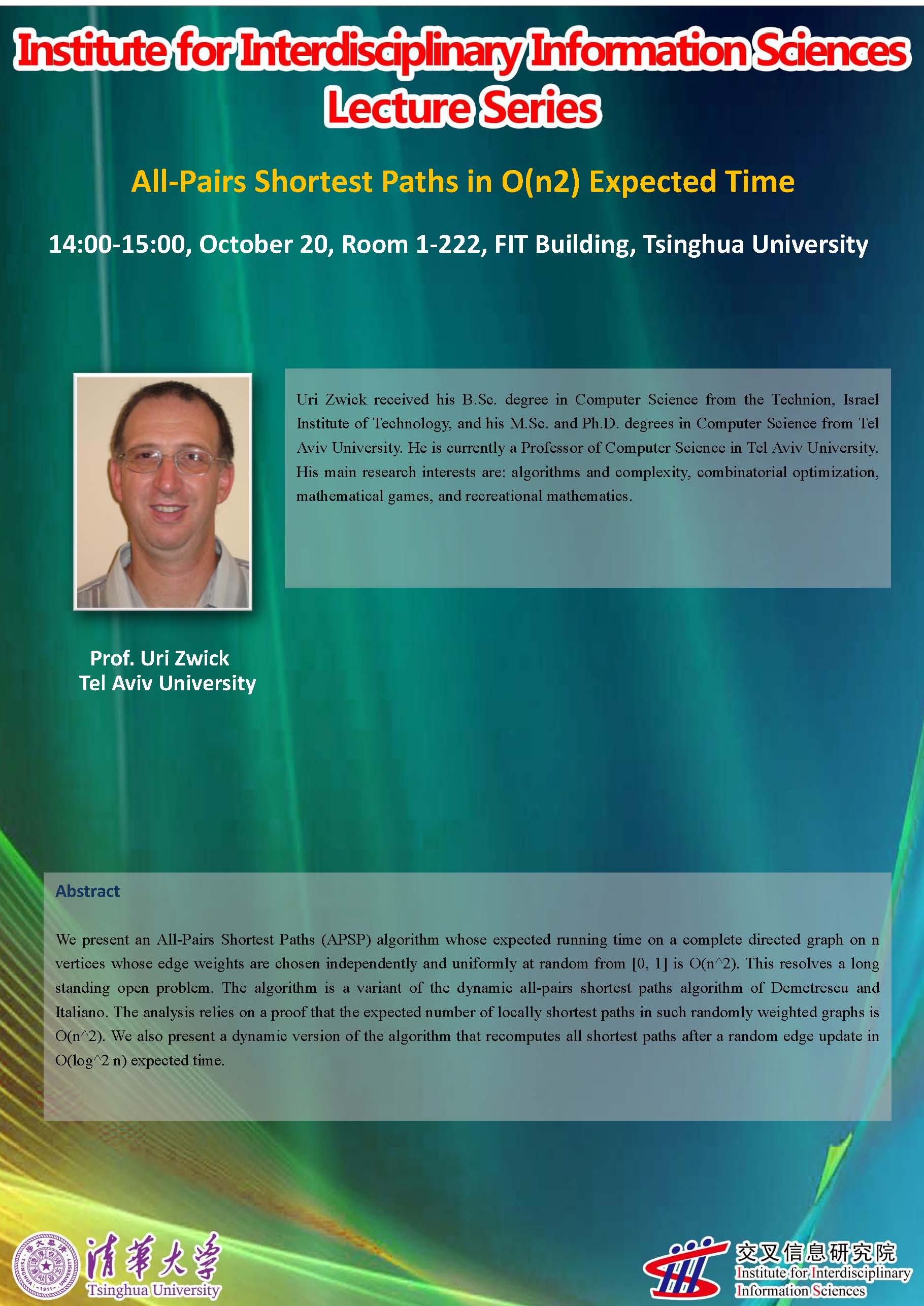 We present an All-Pairs Shortest Paths (APSP) algorithm whose expected running time on a complete directed graph on n vertices whose edge weights are chosen independently and uniformly at random from [0, 1] is O(n^2). This resolves a long standing open problem. The algorithm is a variant of the dynamic all-pairs shortest paths algorithm of Demetrescu and Italiano. The analysis relies on a proof that the expected number of locally shortest paths in such randomly weighted graphs is O(n^2). We also present a dynamic version of the algorithm that recomputes all shortest paths after a random edge update in O(log^2 n) expected time.