On the afternoon of March 5, 2010, Mr. Jack Liu, Secretary-General of Qiu Shi Science & Technologies Foundation and Professor Roderick S.C. Wong, Vice President of the Development and External Relations at CUHK paid a visit to ITCS and held a friendly talk with Professor Andrew Chi-Chih Yao and Professor Amy Yuexuan Wang.

Qiu Shi Foundation, who supported four ITCS students’ visit to such prestigious institutes as MIT last year, has developed a friendly long-term cooperation with ITCS. Mr. Liu first briefly introduced the progress of Qiu Shi in last 16 years since its foundation. They’ve honored more than 1200 excellent scientific talents and 498 Qiu Shi Awardees, among which 89 are now academicians of the Chinese Academy of Sciences and Chinese Academy of Engineering. Qiu Shi has been striving to promote its national influence and believed that Professor Yao, with great international reputation and academic influence, would be the perfect candidate to lead Qiu Shi’s efforts in the aspect. 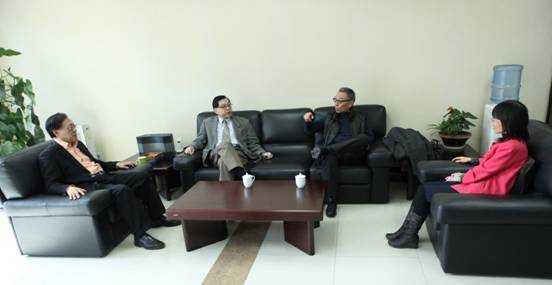 Professor Wong went on to introduce his ideas that Qiu Shi would like to establish a high-level prize that honors excellent Chinese researchers who have the potential to win Nobel Prize in a decade. Professor Yao welcomed the proposal and believed the forward-looking prize will definitely bring up more scientists with academic potentials and promote the development of many disciplines here in China. 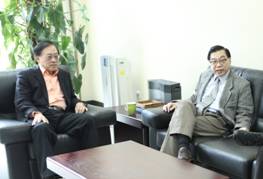 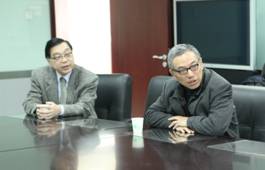 Professor Wong also shared his practice in attracting talents in CUHK, on which Professor Yao expressed his appreciation and emphasized that one of the work priorities of ITCS is to introduce more outstanding talents. 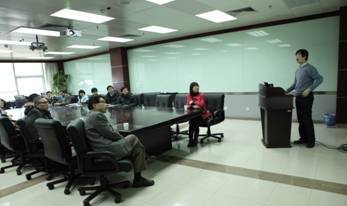 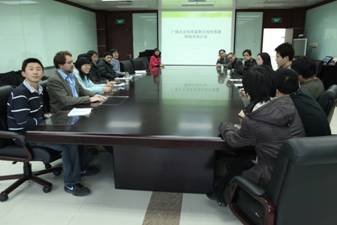 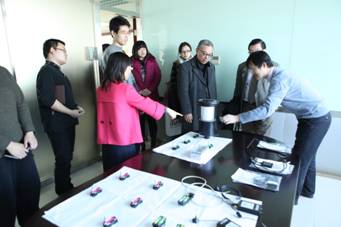 After the talk, Mr. Jack Liu and Professor Wong visited ITCS Lab and learned about the latest development of the Wireless Sensors Network Technologies Project, with Professor Amy Yuexuan Wang as the PI. Yongcai Wang, postdoc at ITCS and member of the Project, made a brief introduction about the technologies and model. Both Mr. Liu and Professor Wong sang highly of the research results and commended ITCS' commitment to realize its vision.