The Art of Visual Modeling 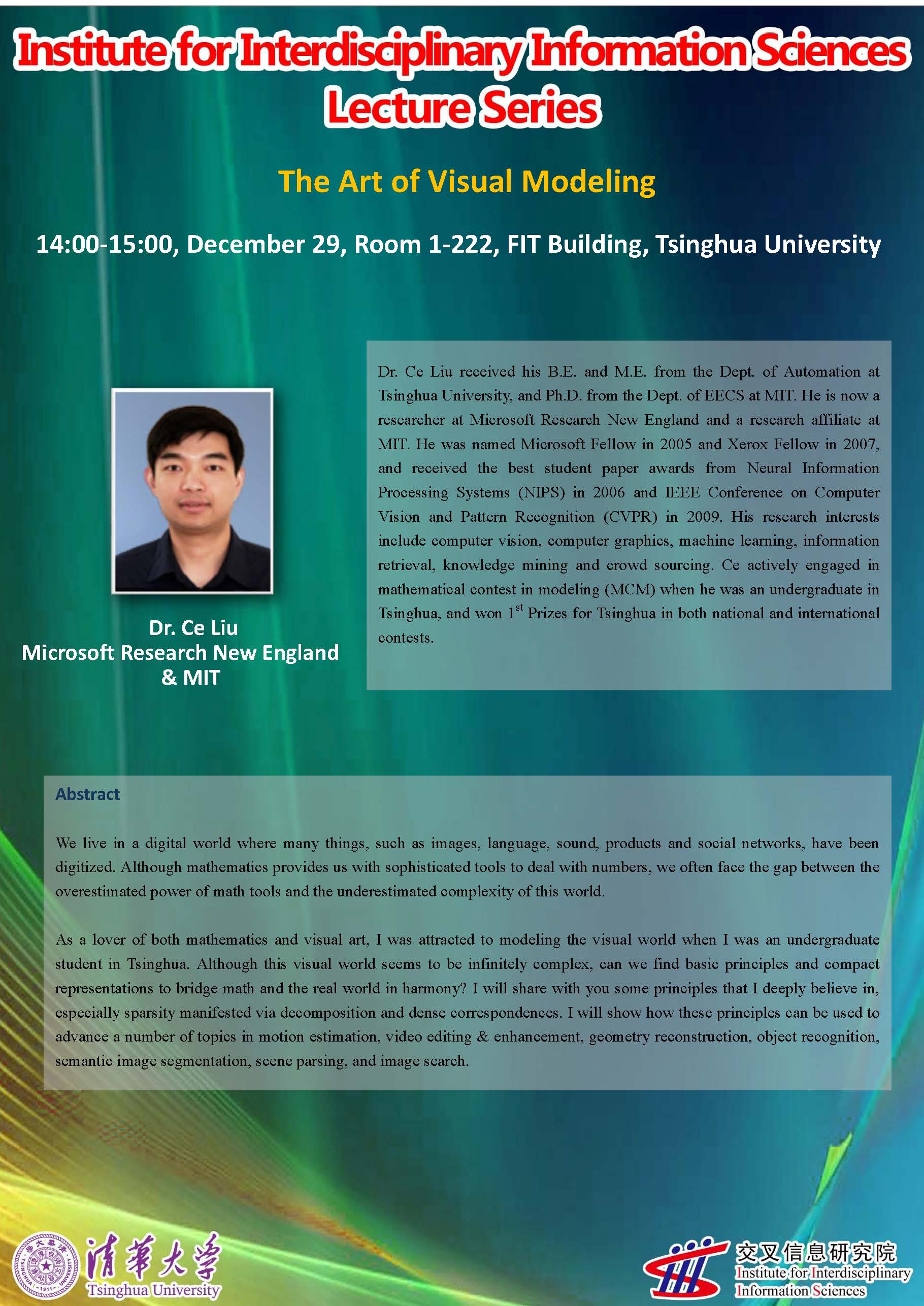 We live in a digital world where many things, such as images, language, sound, products and social networks, have been digitized. Although mathematics provides us with sophisticated tools to deal with numbers, we often face the gap between the overestimated power of math tools and the underestimated complexity of this world.

As a lover of both mathematics and visual art, I was attracted to modeling the visual world when I was an undergraduate student in Tsinghua. Although this visual world seems to be infinitely complex, can we find basic principles and compact representations to bridge math and the real world in harmony? I will share with you some principles that I deeply believe in, especially sparsity manifested via decomposition and dense correspondences. I will show how these principles can be used to advance a number of topics in motion estimation, video editing & enhancement, geometry reconstruction, object recognition, semantic image segmentation, scene parsing, and image search.


Dr. Ce Liu received his B.E. and M.E. from the Dept. of Automation at Tsinghua University, and Ph.D. from the Dept. of EECS at MIT. He is now a researcher at Microsoft Research New England and a research affiliate at MIT. He was named Microsoft Fellow in 2005 and Xerox Fellow in 2007, and received the best student paper awards from Neural Information Processing Systems (NIPS) in 2006 and IEEE Conference on Computer Vision and Pattern Recognition (CVPR) in 2009. His research interests include computer vision, computer graphics, machine learning, information retrieval, knowledge mining and crowd sourcing. Ce actively engaged in mathematical contest in modeling (MCM) when he was an undergraduate in Tsinghua, and won 1st Prizes for Tsinghua in both national and international contests.
<![endif]-->
Login