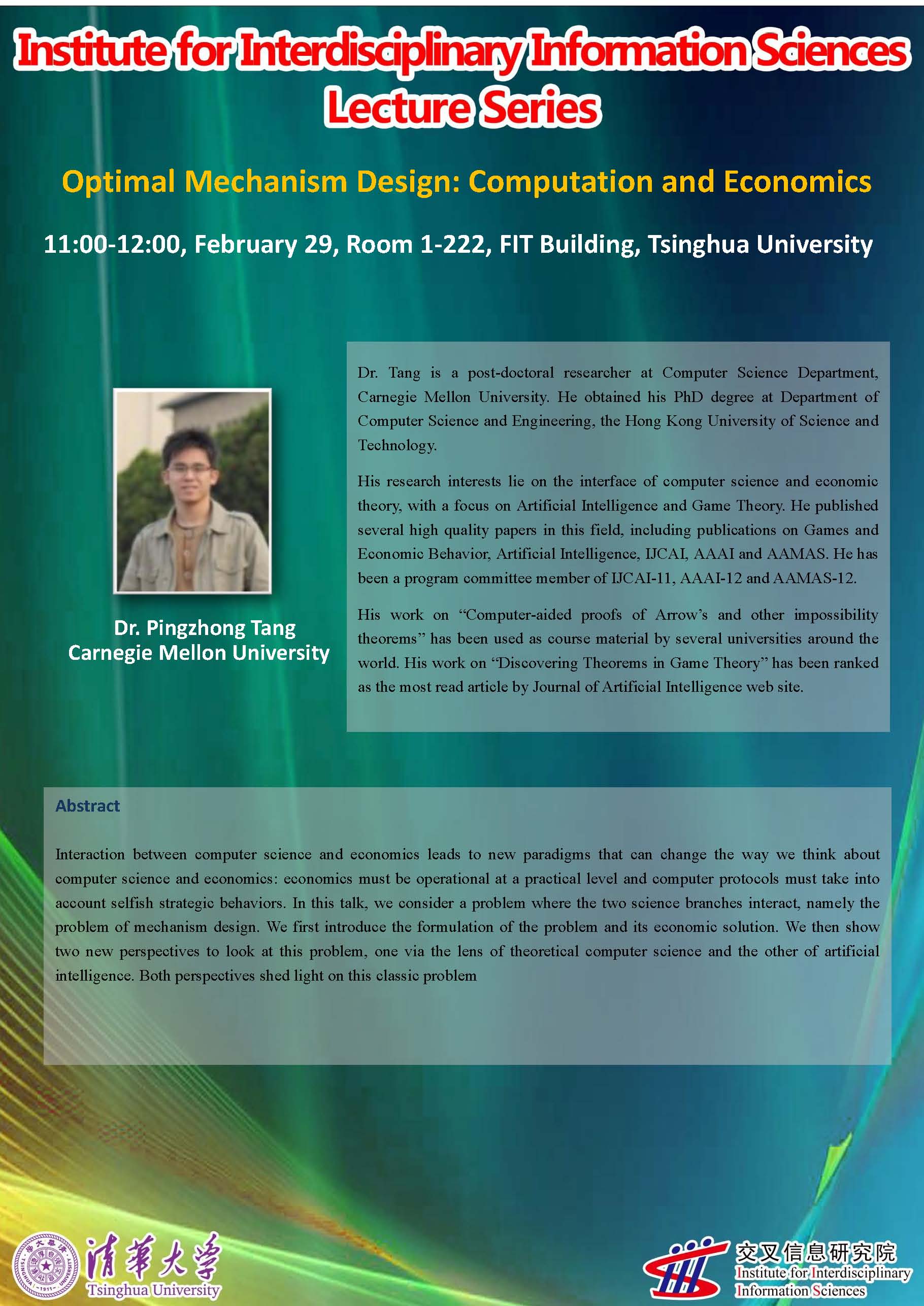 Interaction between computer science and economics leads to new paradigms that can change the way we think about computer science and economics: economics must be operational at a practical level and computer protocols must take into account selfish strategic behaviors. In this talk, we consider a problem where the two science branches interact, namely the problem of mechanism design. We first introduce the formulation of the problem and its economic solution. We then show two new perspectives to look at this problem, one via the lens of theoretical computer science and the other of artificial intelligence. Both perspectives shed light on this classic problem.

His research interests lie on the interface of computer science and economic theory, with a focus on Artificial Intelligence and Game Theory. He published several high quality papers in this field, including publications on Games and Economic Behavior, Artificial Intelligence, IJCAI, AAAI and AAMAS. He has been a program committee member of IJCAI-11, AAAI-12 and AAMAS-12.

His work on “Computer-aided proofs of Arrow’s and other impossibility theorems” has been used as course material by several universities around the world. His work on “Discovering Theorems in Game Theory” has been ranked as the most read article by Journal of Artificial Intelligence web site.