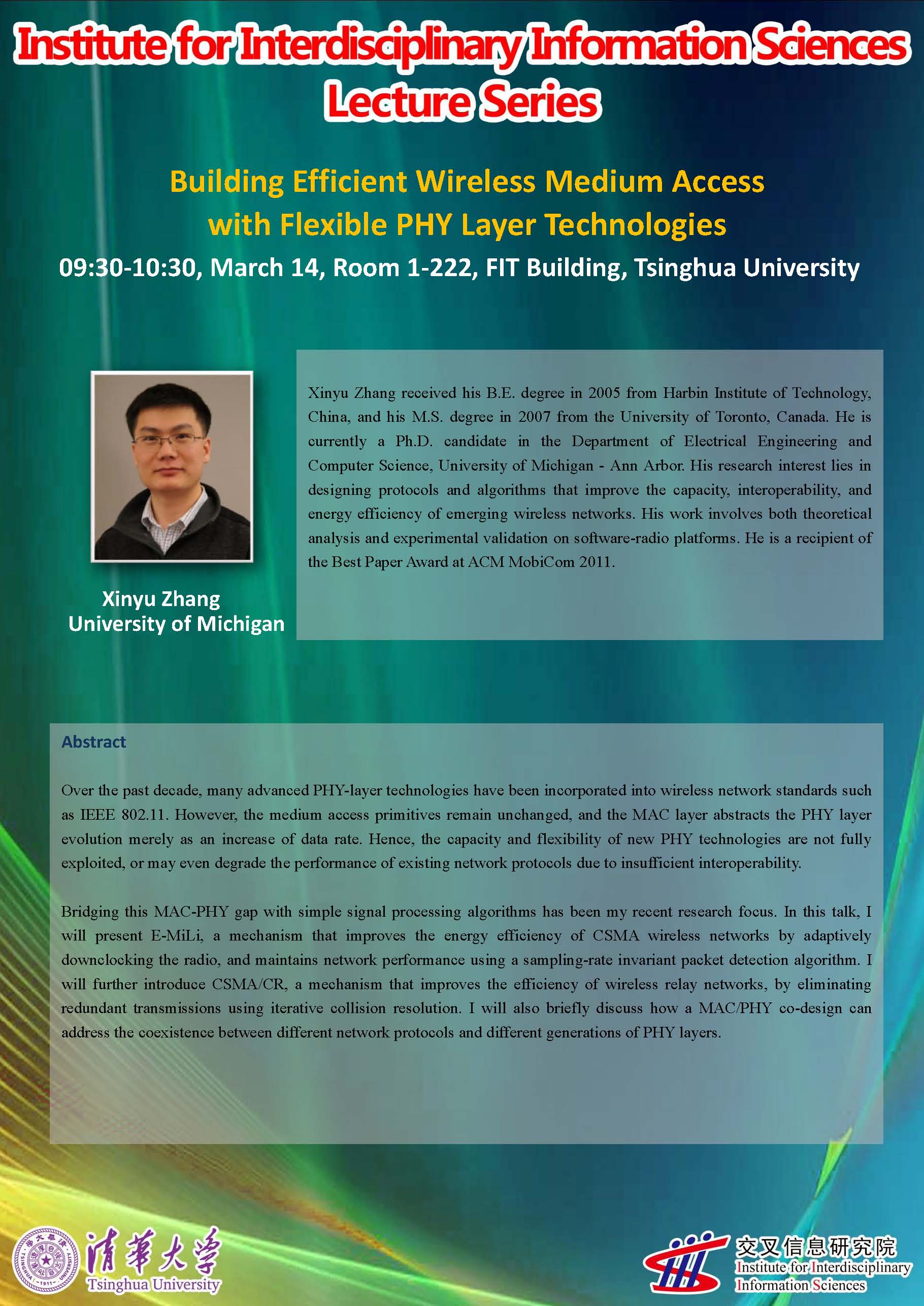 
Over the past decade, many advanced PHY-layer technologies have been incorporated into wireless network standards such as IEEE 802.11. However, the medium access primitives remain unchanged, and the MAC layer abstracts the PHY layer evolution merely as an increase of data rate. Hence, the capacity and flexibility of new PHY technologies are not fully exploited, or may even degrade the performance of existing network protocols due to insufficient interoperability.

Bridging this MAC-PHY gap with simple signal processing algorithms has been my recent research focus. In this talk, I will present E-MiLi, a mechanism that improves the energy efficiency of CSMA wireless networks by adaptively downclocking the radio, and maintains network performance using a sampling-rate invariant packet detection algorithm. I will further introduce CSMA/CR, a mechanism that improves the efficiency of wireless relay networks, by eliminating redundant transmissions using iterative collision resolution. I will also briefly discuss how a MAC/PHY co-design can address the coexistence between different network protocols and different generations of PHY layers.


Xinyu Zhang received his B.E. degree in 2005 from Harbin Institute of Technology, China, and his M.S. degree in 2007 from the University of Toronto, Canada. He is currently a Ph.D. candidate in the Department of Electrical Engineering and Computer Science, University of Michigan - Ann Arbor. His research interest lies in designing protocols and algorithms that improve the capacity, interoperability, and energy efficiency of emerging wireless networks. His work involves both theoretical analysis and experimental validation on software-radio platforms. He is a recipient of the Best Paper Award at ACM MobiCom 2011.