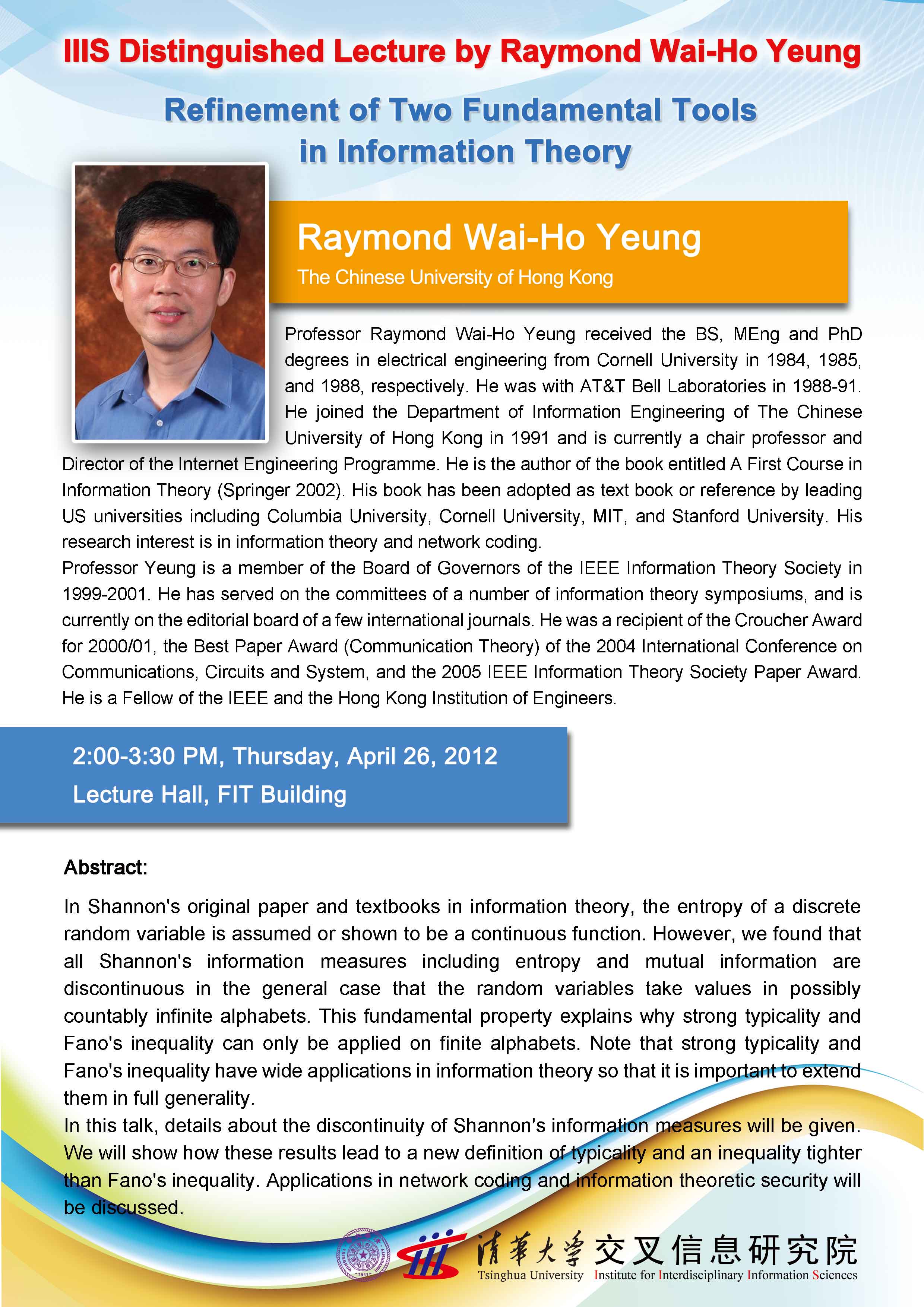 In Shannon's original paper and textbooks in information theory, the entropy of a discrete random variable is assumed or shown to be a continuous function. However, we found that all Shannon's information measures including entropy and mutual information are discontinuous in the general case that the random variables take values in possibly countably infinite alphabets. This fundamental property explains why strong typicality and Fano's inequality can only be applied on finite alphabets. Note that strong typicality and Fano's inequality have wide applications in information theory so that it is important to extend them in full generality.

In this talk, details about the discontinuity of Shannon's information measures will be given. We will show how these results lead to a new definition of typicality and an inequality tighter than Fano's inequality. Applications in network coding and information theoretic security will be discussed.


Professor Raymond Wai-Ho Yeung received the BS, MEng and PhD degrees in electrical engineering from Cornell University in 1984, 1985, and 1988, respectively. He was with AT&T Bell Laboratories in 1988-91. He joined the Department of Information Engineering of The Chinese University of Hong Kong in 1991 and is currently a chair professor and Director of the Internet Engineering Programme. He is the author of the book entitled A First Course in Information Theory (Springer 2002). His book has been adopted as text book or reference by leading US universities including Columbia University, Cornell University, MIT, and Stanford University. His research interest is in information theory and network coding.

Professor Yeung is a member of the Board of Governors of the IEEE Information Theory Society in 1999-2001. He has served on the committees of a number of information theory symposiums, and is currently on the editorial board of a few international journals. He was a recipient of the Croucher Award for 2000/01, the Best Paper Award (Communication Theory) of the 2004 International Conference on Communications, Circuits and System, and the 2005 IEEE Information Theory Society Paper Award. He is a Fellow of the IEEE and the Hong Kong Institution of Engineers.