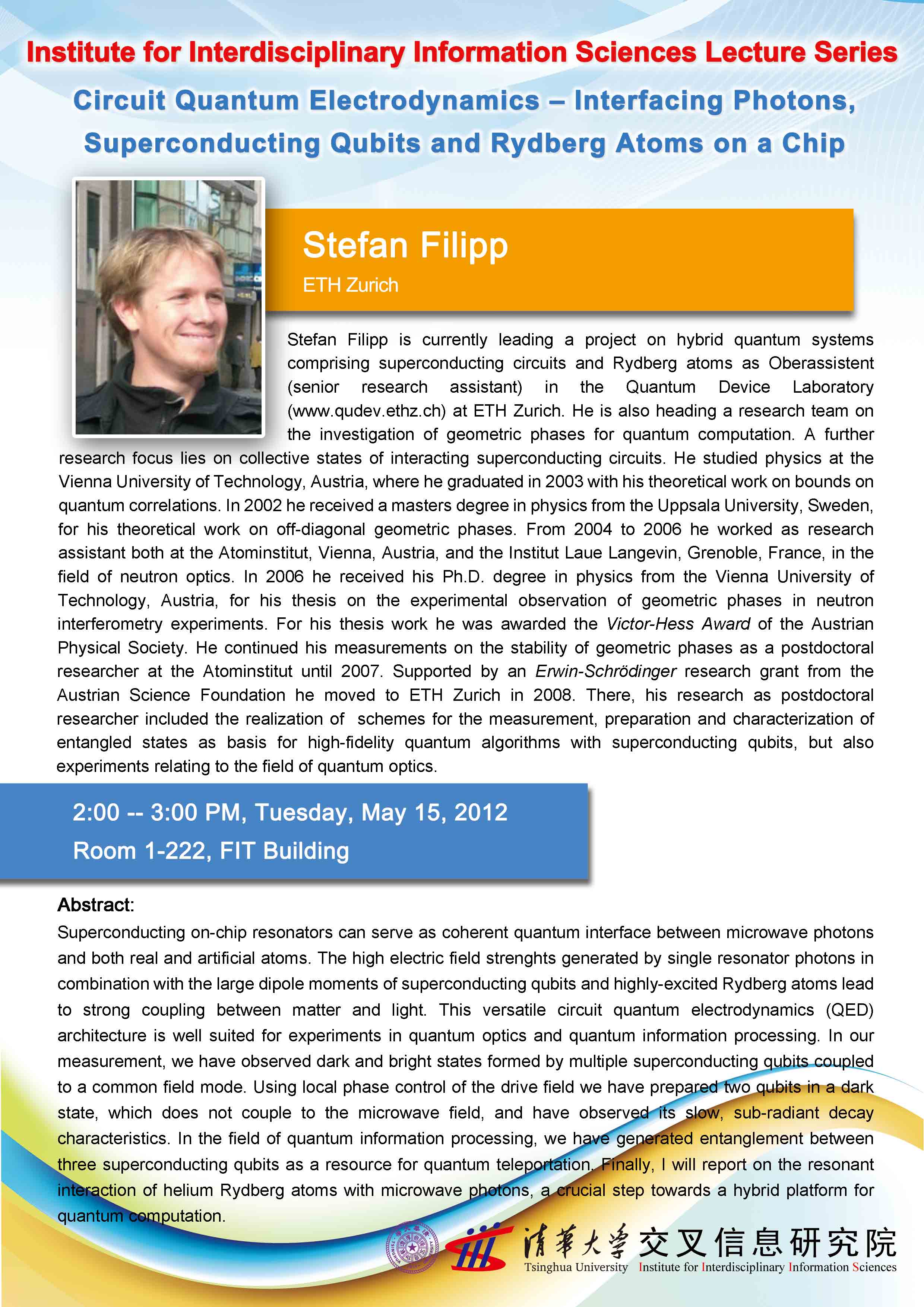 Superconducting on-chip resonators can serve as coherent quantum interface between microwave photons and both real and artificial atoms. The high electric field strenghts generated by single resonator photons in combination with the large dipole moments of superconducting qubits and highly-excited Rydberg atoms lead to strong coupling between matter and light. This versatile circuit quantum electrodynamics (QED) architecture is well suited for experiments in quantum optics and quantum information processing. In our measurement, we have observed dark and bright states formed by multiple superconducting qubits coupled to a common field mode. Using local phase control of the drive field we have prepared two qubits in a dark state, which does not couple to the microwave field, and have observed its slow, sub-radiant decay characteristics. In the field of quantum information processing, we have generated entanglement between three superconducting qubits as a resource for quantum teleportation. Finally, I will report on the resonant interaction of helium Rydberg atoms with microwave photons, a crucial step towards a hybrid platform for quantum computation.


Stefan Filipp is currently leading a project on hybrid quantum systems comprising superconducting circuits and Rydberg atoms as Oberassistent (senior research assistant) in the Quantum Device Laboratory (www.qudev.ethz.ch) at ETH Zurich. He is also heading a research team on the investigation of geometric phases for quantum computation. A further research focus lies on collective states of interacting superconducting circuits. He studied physics at the Vienna University of Technology, Austria, where he graduated in 2003 with his theoretical work on bounds on quantum correlations. In 2002 he received a masters degree in physics from the Uppsala University, Sweden, for his theoretical work on off-diagonal geometric phases. From 2004 to 2006 he worked as research assistant both at the Atominstitut, Vienna, Austria, and the Institut Laue Langevin, Grenoble, France, in the field of neutron optics. In 2006 he received his Ph.D. degree in physics from the Vienna University of Technology, Austria, for his thesis on the experimental observation of geometric phases in neutron interferometry experiments. For his thesis work he was awarded the Victor-Hess Award of the Austrian Physical Society. He continued his measurements on the stability of geometric phases as a postdoctoral researcher at the Atominstitut until 2007. Supported by an Erwin-Schrödinger research grant from the Austrian Science Foundation he moved to ETH Zurich in 2008. There, his research as postdoctoral researcher included the realization of  schemes for the measurement, preparation and characterization of entangled states as basis for high-fidelity quantum algorithms with superconducting qubits, but also experiments relating to the field of quantum optics.
<![endif]-->
Login