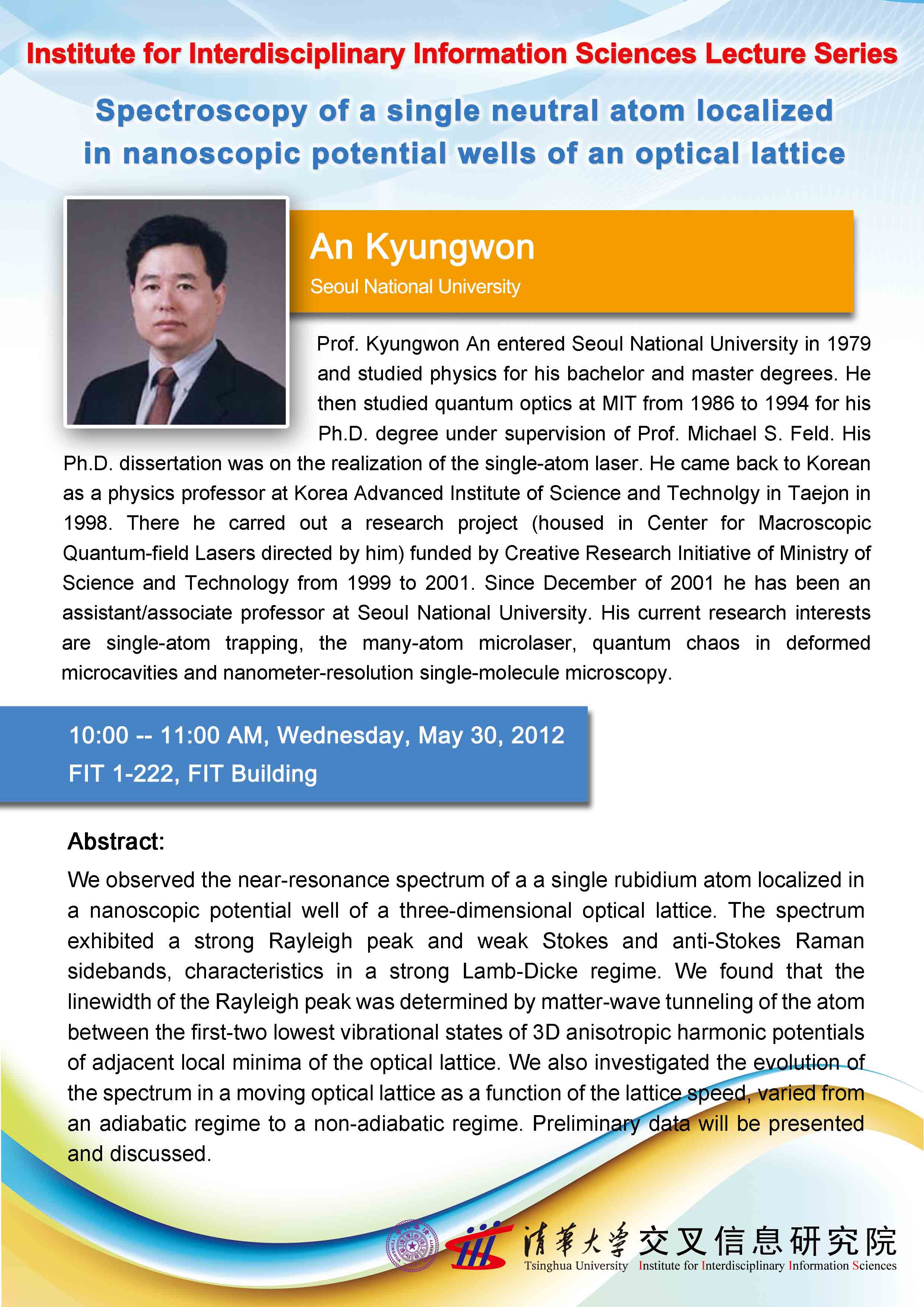 We observed the near-resonance spectrum of a a single rubidium atom localized in a nanoscopic potential well of a three-dimensional optical lattice. The spectrum exhibited a strong Rayleigh peak and weak Stokes and anti-Stokes Raman sidebands, characteristics in a strong Lamb-Dicke regime. We found that the linewidth of the Rayleigh peak was determined by matter-wave tunneling of the atom between the first-two lowest vibrational states of 3D anisotropic harmonic potentials of adjacent local minima of the optical lattice. We also investigated the evolution of the spectrum in a moving optical lattice as a function of the lattice speed, varied from an adiabatic regime to a non-adiabatic regime. Preliminary data will be presented and discussed.


Prof. Kyungwon An entered Seoul National University in 1979 and studied physics for his bachelor and master degrees. He then studied quantum optics at MIT from 1986 to 1994 for his Ph.D. degree under supervision of Prof. Michael S. Feld. His Ph.D. dissertation was on the realization of the single-atom laser. He came back to Korean as a physics professor at Korea Advanced Institute of Science and Technolgy in Taejon in 1998. There he carred out a research project (housed in Center for Macroscopic Quantum-field Lasers directed by him) funded by Creative Research Initiative of Ministry of Science and Technology from 1999 to 2001. Since December of 2001 he has been an assistant/associate professor at Seoul National University. His current research interests are single-atom trapping, the many-atom microlaser, quantum chaos in deformed microcavities and nanometer-resolution single-molecule microscopy.
<![endif]-->
Login