Cooperativity in spontaneous emission: Superradiance and its prospects 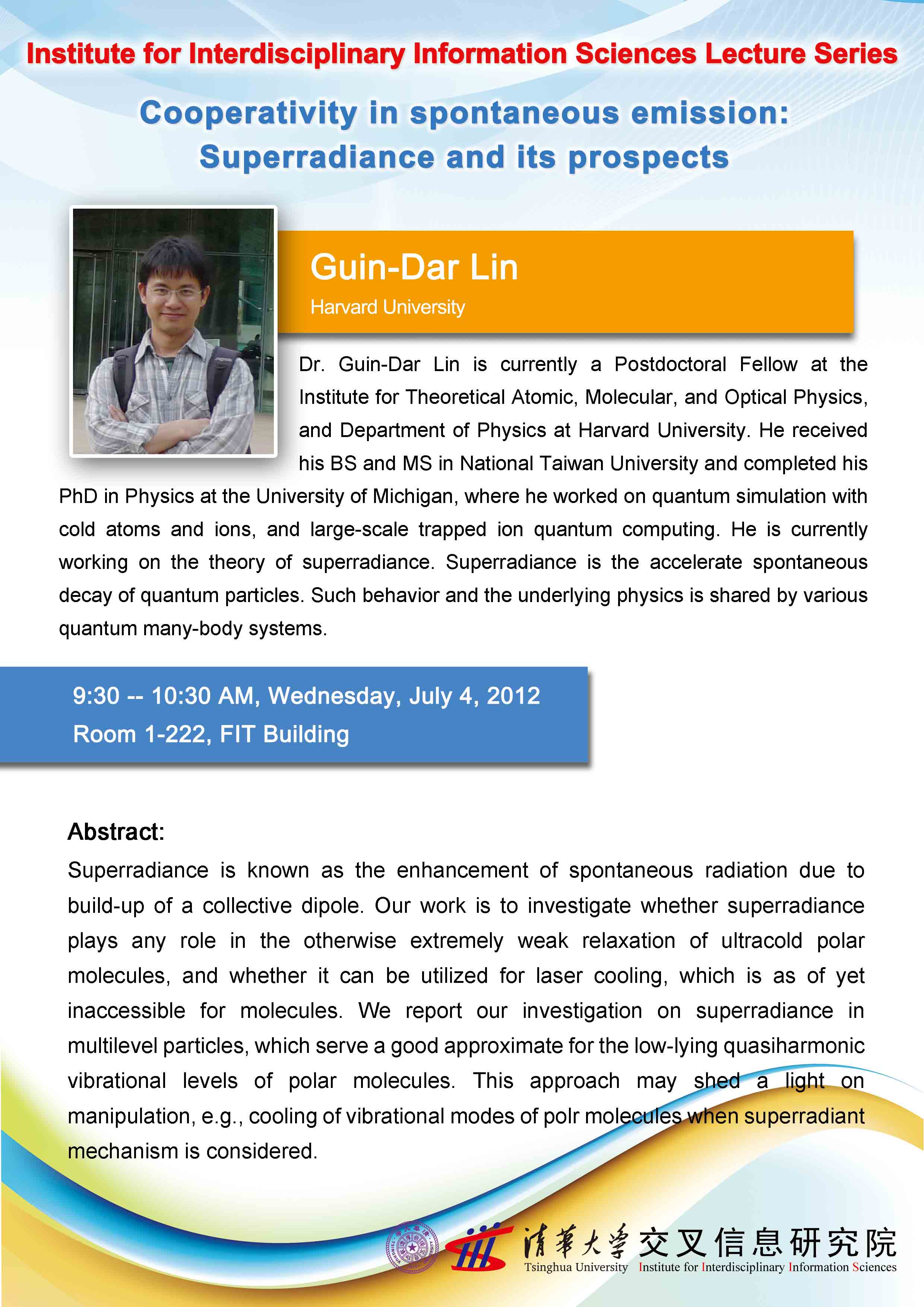 Superradiance is known as the enhancement of spontaneous radiation due to build-up of a collective dipole. Our work is to investigate whether superradiance plays any role in the otherwise extremely weak relaxation of ultracold polar molecules, and whether it can be utilized for laser cooling, which is as of yet inaccessible for molecules. We report our investigation on superradiance in multilevel particles, which serve a good approximate for the low-lying quasiharmonic vibrational levels of polar molecules. This approach may shed a light on manipulation, e.g., cooling of vibrational modes of polr molecules when superradiant mechanism is considered.


Dr. Guin-Dar Lin is currently a Postdoctoral Fellow at the Institute for Theoretical Atomic, Molecular, and Optical Physics, and Department of Physics at Harvard University. He received his BS and MS in National Taiwan University and completed his PhD in Physics at the University of Michigan, where he worked on quantum simulation with cold atoms and ions, and large-scale trapped ion quantum computing. He is currently working on the theory of superradiance. Superradiance is the accelerate spontaneous decay of quantum particles. Such behavior and the underlying physics is shared by various quantum many-body systems.
<![endif]-->
Login