Embrace the Year 2010 with Happiness 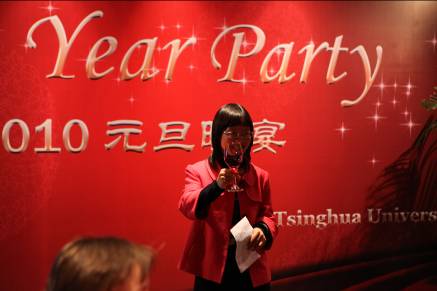 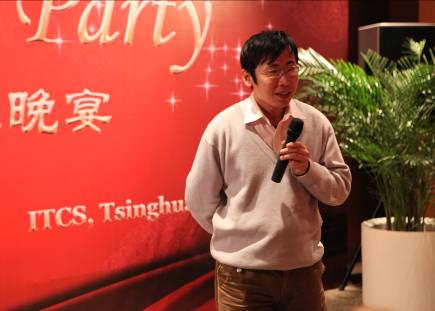 The No.1 Ball Room was full of delightful festive atmosphere with the red background, green potted plants, colorful ribbons and balloons. Prof. Wang delivered a speech among applause, commenting on the achievement of ITCS in 2009, and extending thanks to teachers, students and staff for their efforts in the past year. Associate Prof. Sun then reviewed goals to be achieved in 2010. And with the best wishes, everyone said “cheers” together with Prof. Wang. A well-prepared VCR showing ITCS members’ memories of 2009 and wishes for 2010 was displayed at the Party, while everyone was enjoying the dinner.

The Party consisted of performances, games and lucky draws, which brought forth a lot of laughter and highlights. 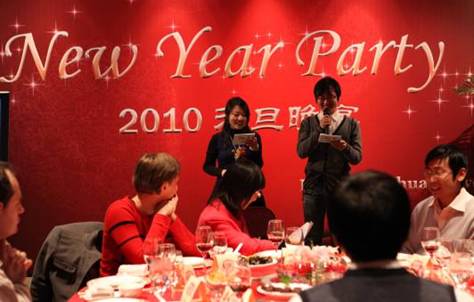 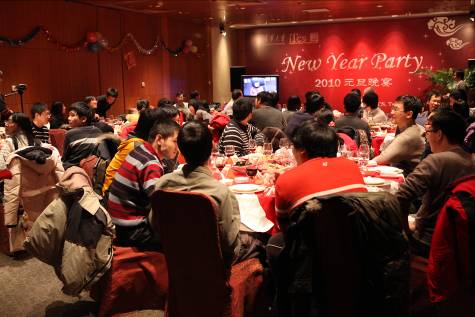 At the New Year Party

Water to Forget Love by Hao Song, Flowers by Hongyi Yao and Girl of South Sea by Miss Jing Liu were well-received by ITCS members. And a song to present wishes by John in the video, who was in France at that time received enthusiastic applause. And that the glass of water was given to Hao Song in time when he sang the line “Please give me a glass of water to forget love” made everyone burst into laughter.

Games at the Party brought forth a lot of fun, among which “Dominoes Game” was a great hit. People on the stage failed to copy the right poses while audience could not help laughing. Everyone had a great fun when one could hardly recognize himself in a distorted photo. And in the game “To Tell the Right Titles of Songs”, foreign postdocs Anke and Frans joined Chinese students to present a cross-cultural performance, which showed that music could transcend the boundaries between nations.

Those cute gifts given to performers and game winners also attracted more people to the stage: Friends by Jialin Zhang and others, Dedication and Loyalty to the Country by Chen Zhang were all popular. Besides, Prof. Wang, Prof. Sun and Dr. Hu picked the top three prizes, which brought great surprises. Haisheng Tan, a visiting student, became the luckiest person of the Party and won the first prize. 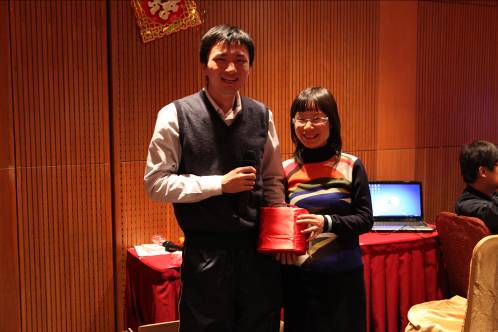 Top prize winner of the Party

“Starry nights keep the track of time while the rhythm of spring arrives.” With poetic ending remarks, ITCS2010 New Year Party came to an end around 9pm. The wonderful night has made everyone expecting the coming 2010 with confidence. ITCS is a big family and every member will be the luckiest one in 2010. We will make new dreams come true in the New Year which will be a year of greater development of ITCS.