On the evening of Dec. 26, 2012, more than 150 teachers and students from IIIS gathered together at Ball Room, Wenjin Hotel for IIIS New Year Party 2013, sharing dreams and celebrating the coming New Year. IIIS Dean Prof. Andrew Chih-Chi Yao attended the party and made the New Year address. 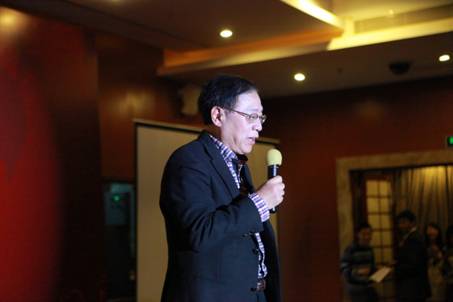 With Prof. Yao’s New Year address, a pink birthday cake in the shape of a full moon came to the stage. Prof. Yao made the first cut, bringing best wishes of the New Year, and celebrating the second anniversary of IIIS.

Freshmen from Yao Class 2012 kicked off the New Year Party with an innovative DV show by describing IIIS in the tone of Harry Potter. The hilarious language brought great joy to the party. 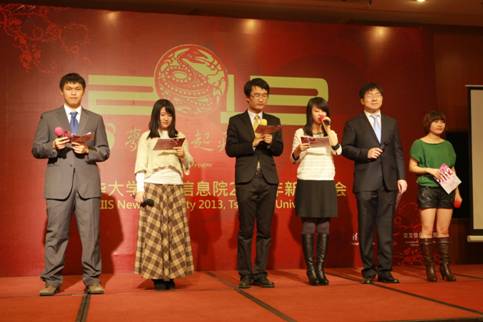 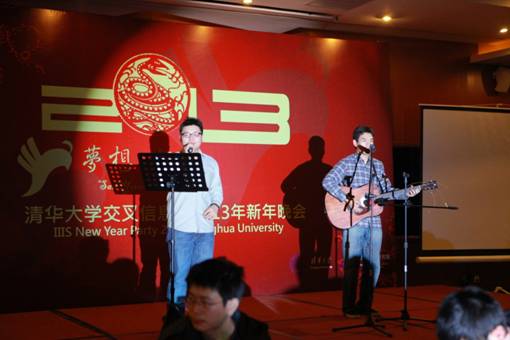 The party is drunk at the amiable song O Holy Night by Ye Wang and Mark Um.

Dressed in traditional folk costume, Jiangmiao Li is performing Hulus solo Bambusa Multiplex in the Moonlight. The audience is deeply attracted by the melodious rhyme and the rich ethnic customs it conveys. 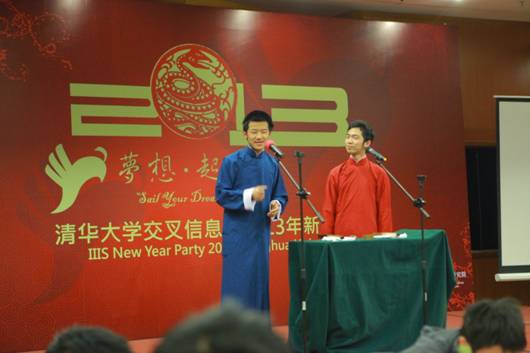 Yichong Xu and Dongyu Meng in traditional Chinese robe are performing a crosstalk. 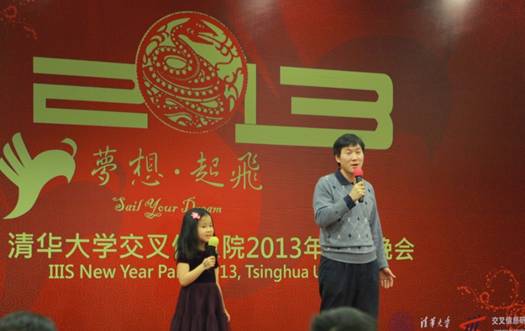 Prof. Kihwan Kim surprises the party with a Chinese song, and his show with his lovely little daughter serves as another highlight of the party. 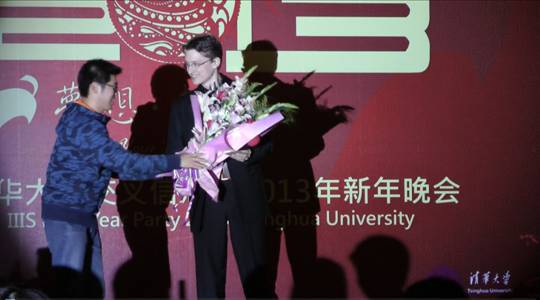 Prof. Thomas Moscibroda also surprises the party with a classic Chinese song. The audience are drunk at the beautiful melody and are amazed at his excellent Chinese pronunciation. 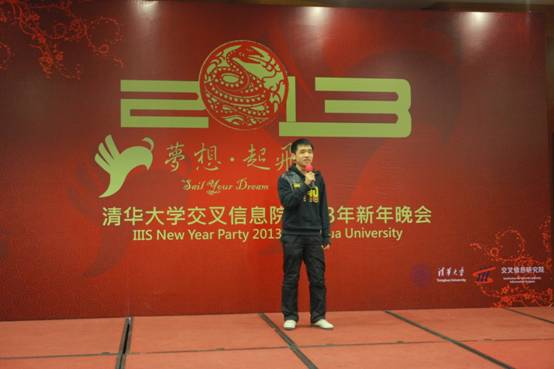 “Love Song Prince” Likun Chen impressed the audience with the song Those Years last year, and this year his song The Rose touches the audience deeply again. 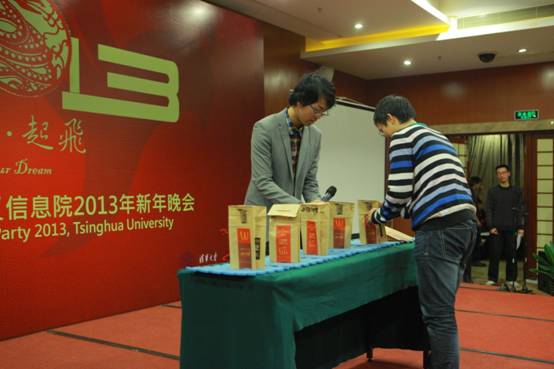 Magician Di Jin is performing an amazing magic show for the audience. 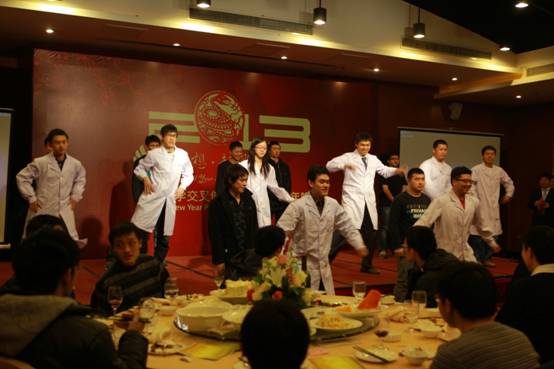 The world popular dance Gangnam Style turned into Quantum Style at the party, with teachers and students from CQI wearing their lab uniforms. 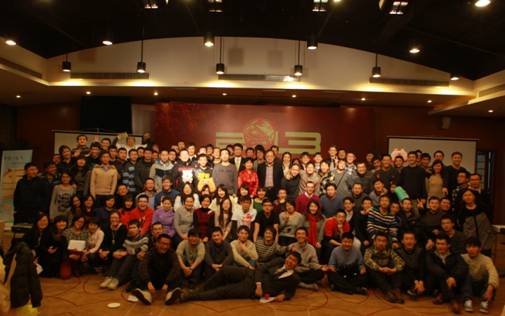 Aside from the exciting performances, the most distinct feature of this year’s party is that all the publicity designs and stage settings were made by IIIS students, including the cute logo, the joyous stage backboard, the refined program and the amusing poster, which demonstrates the versatility of the students.

The shaking-stage Quantum Style was finally voted as the best performance this year and won the “Best Show Award” given by Prof. Yao. With the warm group photo, may everyone happy and smiling as always; may IIIS get better and better; may every dream set sail from here, flying higher and higher.