The 16th Workshop on Quantum Information Processing (QIP) 2013 took place at Mong Man Wai Concert Hall, Tsinghua University, on the morning of January 21, 2013, with the participation of more than 300 scholars from various countries such as China, USA, and Switzerland. IIIS Dean Professor Andrew Chi-Chih Yao attended the conference and made the opening address. Professor Binglin Gu, former president of Tsinghua University and Dean of Institute for Advanced Study, also attended the opening ceremony. 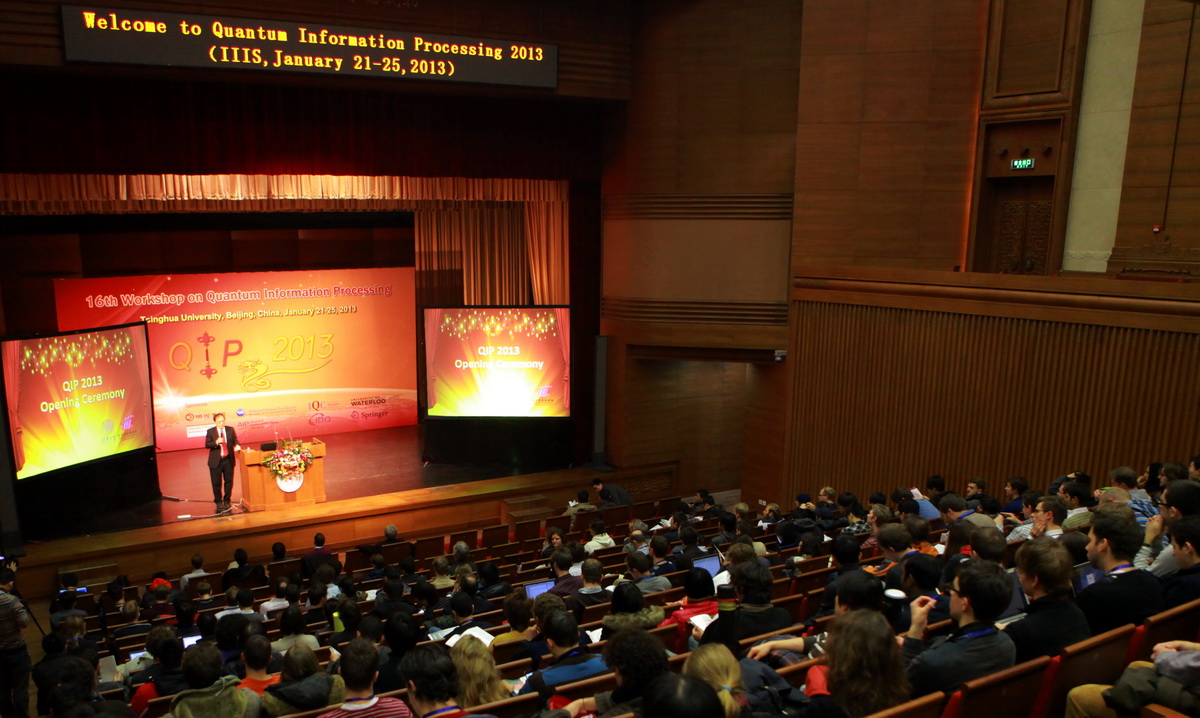 Prof. Yao is giving a speech at the Opening Ceremony. (by Xiang Li)

Quantum Information has made ​​tremendous development in the past decade. It syncretizes several scientific fields, including Physics, Mathematics, Computer Science and Information Technology. In his opening remarks, Prof. Yao expressed his expectation that the related researches in China would be in the front line and would make contribution to the development of the World’s economy, at the time when quantum technology starts to influence the World’s economy in the next 10-20 years.

QIP, firstly held at the Basic Research in Computer Science, Aarhus Universitet, Denmark, in 1998, is a top-level international conference in the field of quantum information, which is held once a year and which has been convened for 15 times up until now. This year, the workshop is held in China for the first time, not only showing the great developmental status of China in the field of quantum information internationally, but also serving as an opportunity for young scholars in China to have a close contact with the frontier researches. The topics of QIP 2013 cover the theory of quantum computing, hot topics in related fields such as quantum cryptography, as well as researches in other extended physical research fields. QIP 2013 has invited a number of well-known experts worldwide, including Prof. John Preskill from California Institute of Technology, Fellow of the American Physical Society, to give exciting talks. 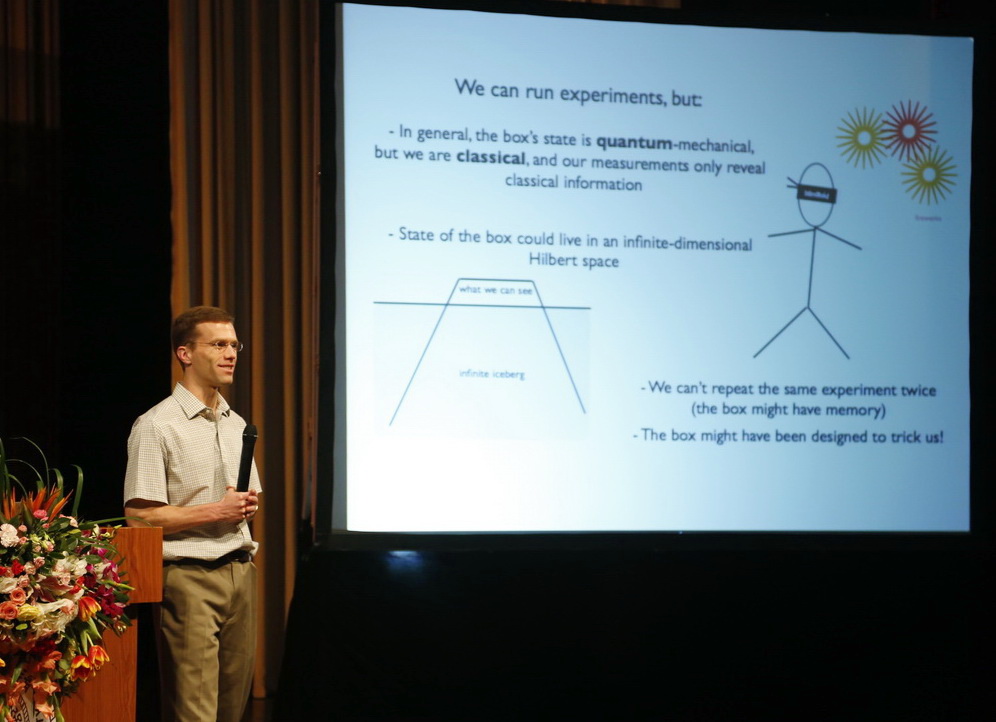 When interviewed by the media during the conference, IIIS Dean Prof. Andrew Yao introduced the latest research progress of Center for Quantum Information (CQI), IIIS, Tsinghua University. Since the initiation of 973 Program Guiding Projects on Major Scientific Problems Genuine Quantum Network at the end of 2010, CQI has made a series of achievements in aspects of quantum memory and quantum router. The research team in CQI is the first to demonstrate quantum router, a key device in genuine quantum network, in experiment, which has received much attention in the international arena. The demonstration serves as a very important progress in the development of quantum communication, and it will help to promote the progress of related experiments on "Ion Quantum Computing Nodes" and even the realization of large-scale quantum networks. In addition, CQI is also committed to the study of quantum network application, including the experimental verification of quantum game theory by using quantum network, and the building of a space-time crystal based on trapped ions, in which they’ve made creative experimental progresses and caught attention from many international science media. 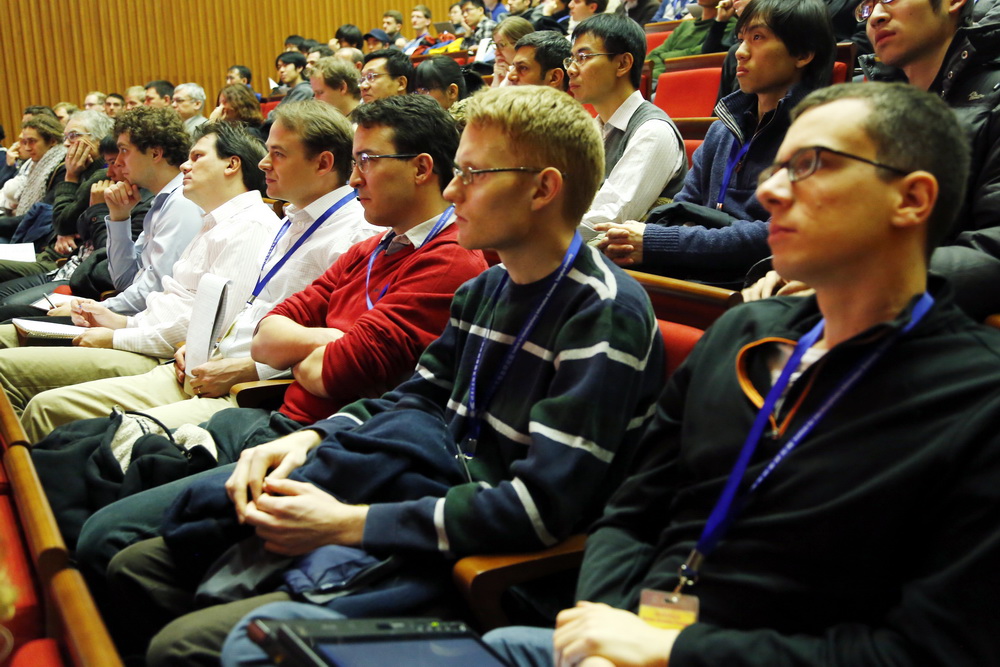 The participants are listening to the talks. (by Haoran Wang)

QIP 2013 is supported by Institute for Interdisciplinary Information Sciences, Tsinghua University, Mingyuan Group Co., Ltd., US NSF, IQC, Journal of Physics A, AIP/Journal of Mathematical Physics, IDQ, Springer and so on. The opening ceremony was hosted by Prof. Giulio Chiribella, Associate Professor of IIIS and Chair of QIP 2013 Organizing Committee.