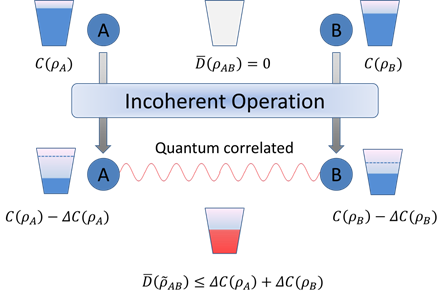 Converting coherence to discord-type correlations. The production of quantum discord is upper bounded by the consumption of coherence within the subsystems.

The first author and the co-corresponding author is Jiajun Ma. The research was funded by National Basic Research Program of China and the National Natural Science Foundation of China.