Assistant Professor Pingzhong Tang’s research group of IIIS at Tsinghua University, cooperating with Alibaba, proposed new solutions to ubiquitous credit problems of fake transactions and fake reviews in Reputation System, based on game theory and optimizing. In addition, the solutions got outstanding results in simulation experiment in Taobao and Tmall’s DataSet.

Recommender Systems was based on buyers’ click data and purchasing data and Reputation System. High-scored seller could get more PV of buyers, that promote purchase quantity by improving their service and purchase quality.

To establish good reputation is a long-time and effort required thing to sellers. Some sellers would get more PV of buyers by click farming, which had formed an underground industry, having serious impact on UE at Recommender Systems.

At present, the method to prevent the fake reviews and fake transactions is to train machine learning predictive models using features of the review texts, to detect and punish fake reviews. However, such deceptive statements are not easily identified either by learning algorithms or even by human readers.

To solve this problem, Pingzhong Tang’s research group proposed new solutions of theoretical model and implementation algorithm to prevent fake reviews and fake transactions, based on game theory and mechanism design. In the model, the allocation of buyer impressions is modelled as a divisible resource allocation problem. Sellers would not choose to fake reviews and fake transactions for more cost. With analysis of Taobao’s data and simulation, mechanisms in this paper would bring more total volume than Taobao’s recommendation algorithms at present.

The picture below shows the result of simulation experiment: 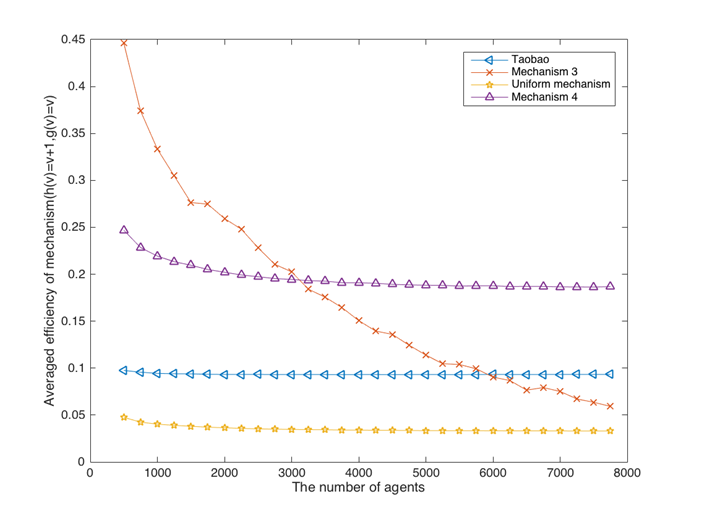 The research result has certain universality, application prospect and commercial value, which could be used on Amazon, Alibaba, JD, etc.

The ACM RecSys is the premier international forum for the presentation of new research results, systems and techniques in the broad field of recommender systems. The main author of the paper is PhD candidate Qingpeng Cai of IIIS. The research was supported by the National Natural Science Foundation of China, etc.