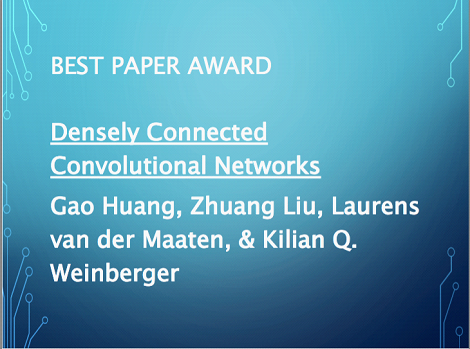 Recent work has shown that convolutional networks can be substantially deeper, more accurate, and efficient to train if they contain shorter connections between layers close to the input and those close to the output. This paper embraces this observation and introduces the Dense Convolutional Network (DenseNet), which connects each layer to every other layer in a feed-forward fashion. For each layer, the feature-maps of all preceding layers are used as inputs, and its own feature-maps are used as inputs into all subsequent layers. DenseNets have several compelling advantages: they alleviate the vanishing-gradient problem, strengthen feature propagation, encourage feature reuse, and substantially reduce the number of parameters. Zhuang Liu and his collaborators evaluate the proposed architecture on several competitive object recognition benchmark tasks, where DenseNets obtain significant improvements, whilst requiring less computation to achieve high performance. 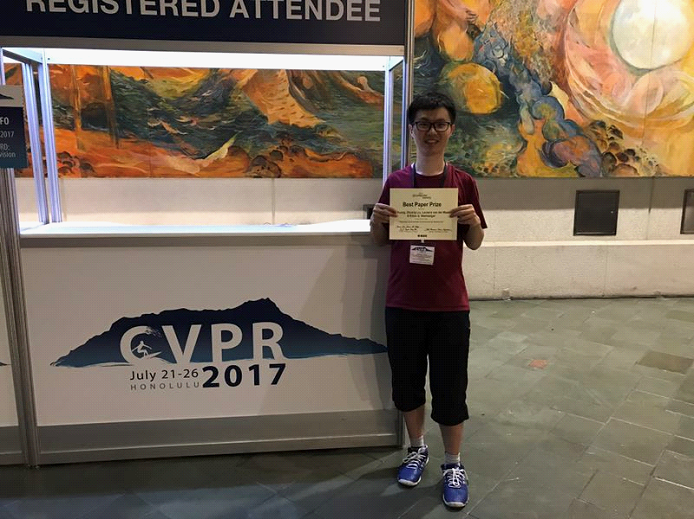 As the world’s top conference on computer vision and pattern recognition, CVPR 2017 exceeded all previous CVPRs in paper submissions (2620 valid), papers in the conference (783) with 2 Best Paper Awards. Zhuang Liu completed this research with Prof. Kilian Weinberger’s group during his visit at Cornell University, and his collaborators also include Dr. Gao Huang, a joint post doc of Department of Automation, Tsinghua University, and Department of Computer Science, Cornell University, and Prof. Laurens van der Maaten, a Research Scientist at Facebook AI Research Center. Zhuang Liu joined YaoClass, IIIS, in 2013 as the provincial top scorer among Anhui science students, who had a 7-month academic visit at Cornell University during his junior year under the sponsorship of IIIS. Zhuang Liu will pursue his doctorate on computer science at University of California at Berkeley this August.