Professor Luming Duan’s group at the Tsinghua University reported the first experimental evidence that a quantum phase transition (QPT) can occur in a system composed of only a two-level atomic ion and a single-mode bosonic field, described by the quantum Rabi model (QRM). The research, entitled Observation of a quantum phase transition in the quantum Rabi model with a single trapped ion, was recently published in the journal Nature Communications. 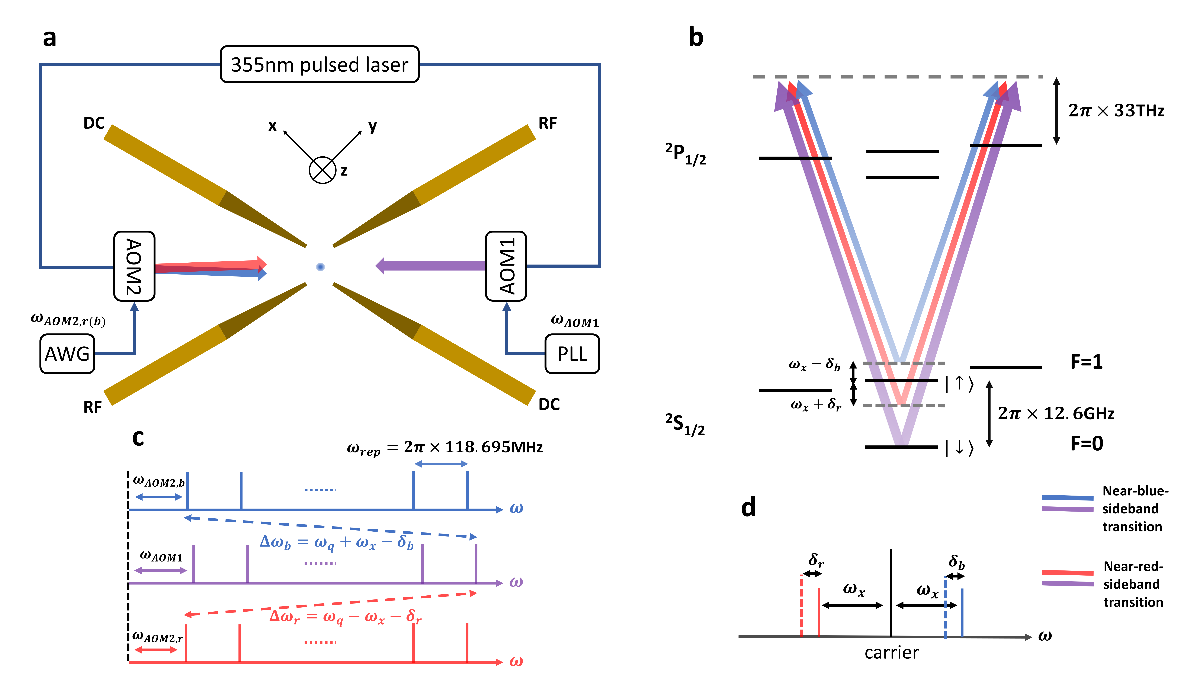 The quantum Rabi model (QRM) is widely recognized as a fundamental model for the light-matter interaction. The study about the QRM is in the spotlight in theoretical and experimental physics. In the trapped-ion systems, previous works on the simulation of the QRM have been performed in various regimes. Professor Duan’s group successfully observed a QPT from the normal phase to the phonon superradiance phase associated with the QRM realized in a single trapped ion system. They measured the spin-up state population and the average phonon number of the ion as two order parameters and observe clear evidence of the phase transition via adiabatic tuning of the coupling between the ion and its spatial motion. An experimental probe of the phase transition in a fundamental quantum optics model without imposing the thermodynamic limit opens a new window for controlled study of QPTs and quantum critical phenomena.

The paper is available at：