Led by Prof. Luming Duan, a research team from the Institute for Interdisciplinary Information Sciences at Tsinghua University has reported the first multi-ion sympathetic cooling experiment on a long ion chain, where the structure of the collective modes must be considered when choosing the cooling ions. This work, entitled “Experimental Realization of Multi-ion Sympathetic Cooling on a Trapped Ion Crystal”, is published in Physical Review Letters and marks a significant advance for future large-scale ion trap quantum computing and simulation that requires long runtime. 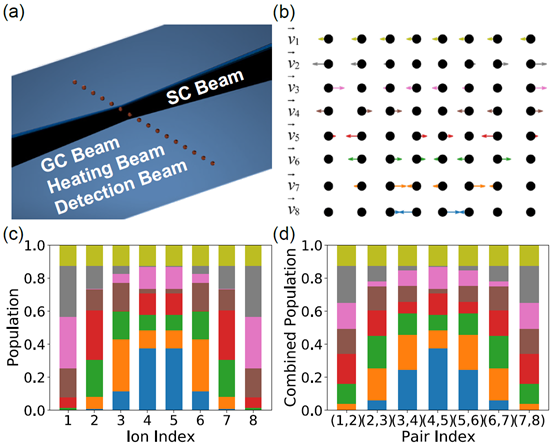 Trapped ions are one of the leading platforms in quantum information science. For quantum computing with large circuit depth and quantum simulation with long evolution time, it is of crucial importance to cool large ion crystals at runtime without affecting the internal states of the computational qubits, thus the necessity of sympathetic cooling. In the experiment, the team used a narrow cooling beam focused on two adjacent ions, and optimized the choice of the cooling ions according to the collective oscillation modes of the chain. Thus by cooling a small fraction of the ions at suitably chosen locations, they showed that cooling effects close to the global Doppler cooling limit can be achieved. Furthermore, their scheme can directly be generalized to 2D and 3D ion crystals with more complicated mode structures. 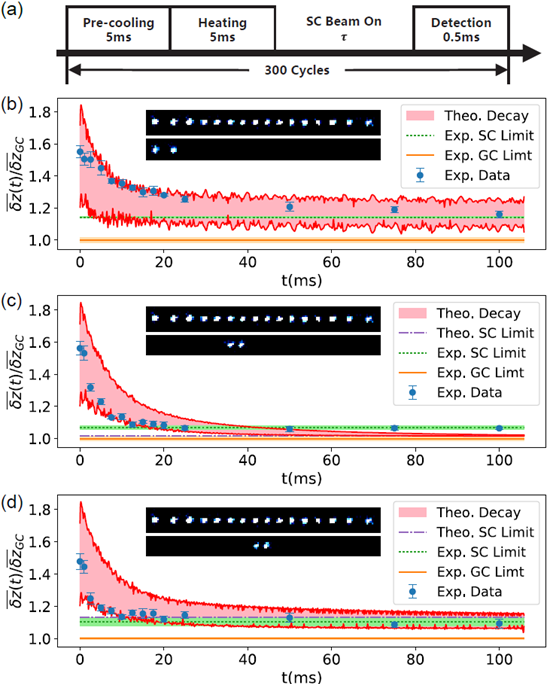