In collaboration with Changling Zou’s group at University of Science and Technology of China, Luyan Sun’s group at the Center for Quantum Information of Tsinghua University demonstrates the enhancement of quantum sensing via bosonic quantum error correction codes in a superconducting quantum system for the first time. This work is recently published online in Nature Communications ("Quantum-enhanced radiometry via approximate quantum error correction").

In the last century, the ever-increasing precision of measurements promotes the development of technologies and research in various fields, including biological, medical, astronomic, and chemical sciences. Every decibel improvement of measurement precision could push forward the frontier of research and might even uncover a new research field. In most precision measurements, either an ensemble of spins or a bosonic oscillator is employed to probe weak signals. For example, the LIGO employs a laser interferometer to hear the vibration of the universe. Thanks to the great efforts of engineering, these sensors are approaching their ultimate classical limits.

The developed quantum information technologies enable the exploiting of intriguing quantum effects and hold the potential to further improve the sensing precision beyond the classical limit, and thus quantum-enhanced sensing has been extensively studied theoretically in the past decade. It was proposed that the exotic quantum states could enhance the acquisition rate of sensing information, and many preliminary experiments show their potential in sensing. However, these intriguing quantum states are fragile and surrender to the inevitable environmental noise in the experiment. Just as faced by other quantum technologies, quantum advantage is hindered by decoherence and is not attainable in practice. Nowadays, to combat noise is at the heart of quantum information science. Although it was proposed that the coherence of the quantum state could be protected via quantum error correction (QEC), it is extremely challenging to combine QEC with sensing in practice.

In the past few years, the superconducting quantum computing group at the Center for Quantum Information of Tsinghua University has dedicated to the research filed of QEC. Recently, they developed approximate QEC and quantum-jump-tracking methods, and demonstrated for the first time that the sensitivity of quantum sensing can be enhanced by approximate bosonic QEC codes.

Fig.1： Schematic of the experiment

The experimental sample is composed of a superconducting qubit coupled with two microwave resonators (as shown in Fig.1). One with a long lifetime is used as the probe cavity, and the other with a short lifetime is used as the receiver cavity. In the experiment, the state of the probe cavity is prepared into the superpositions of quantum states with different photon numbers. Then the receiver cavity is used to receive the microwave signal from the external source. Finally, via the interaction between the two cavities, the relative phase of the superposition state in the probe cavity will accumulate, through which the intensity of the microwave signal in the receiver cavity can be measured. Meanwhile, in the experimental process, in order to fight against the decoherence effect of the superposition state in the receiver cavity caused by the environmental noise, they used the approximate QEC operations and tracked the number of error occurrence, thus greatly enhancing the measurement sensitivity (as shown in Fig.2). 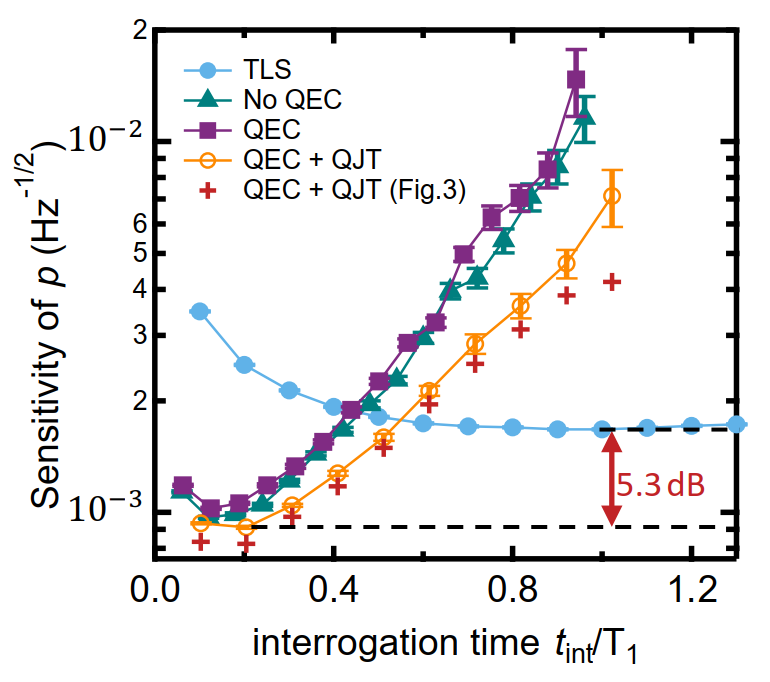 Fig.2：A 5.3 dB enhancement of sensitivity is realized by a superposition of Fock |1> and |7> states when comparing to the case with a two-level system.

This is the first demonstration of a QEC-based quantum radiometry with a bosonic probe. It shows that QEC can be used to improve the performance of quantum sensing. This scheme can be extended to the trapped ion system and the emerging quantum acoustic platform. Our work on approximate QEC-enhanced sensing also presents a conceptual advance in near-term quantum applications, reveals its significant difference from the conventional applications of QEC in storing quantum information, and would stimulate further theoretical and experimental ideas for quantum sensing.