Advance in realizing time crystals with a programmable quantum processor

Prof. Dongling Deng’s team at Tsinghua University, in collaboration with researchers from Zhejiang University and others, has experimentally observed signatures of non-equilibrium Floquet symmetry-protected topological (SPT) phases with a programmable superconducting quantum processor for the first time, according to a paper recently published in the scientific journal Nature.

Quantum many-body systems away from equilibrium host a rich variety of exotic phenomena, and many of them are forbidden by equilibrium thermodynamics. One of those paradigmatic examples is the discrete time crystals, where time-translational symmetry is spontaneously broken in periodically driven systems. Signatures of discrete time crystals have been reported in various experiment platforms including trapped ions, solid-state spin systems, ultracold atoms and superconducting processors. 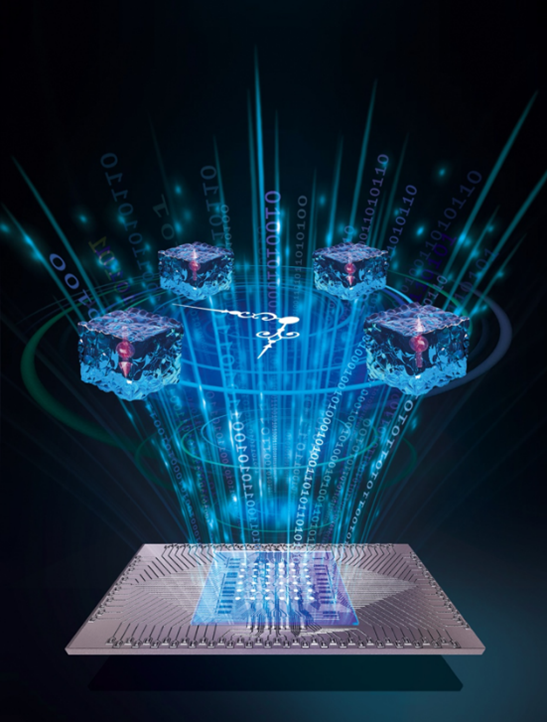 In contrast to previously reported conventional time crystals, Tsinghua scientists and their collaborators have reported the observation of a distinct type of non-equilibrium state of matter, Floquet SPT phases, which are implemented through digital quantum simulation using an array of programmable superconducting qubits. They observed robust long-lived temporal correlations and subharmonic temporal response only at the boundaries and not in the bulk over up to 40 driving cycles, and exhibited that the subharmonic response of boundary observables is independent of the initial state. In addition, they experimentally demonstrated that the Floquet SPT phases are robust to small symmetry-respecting perturbations, and mapped out a phase boundary between the Floquet SPT phase and the thermal phase. 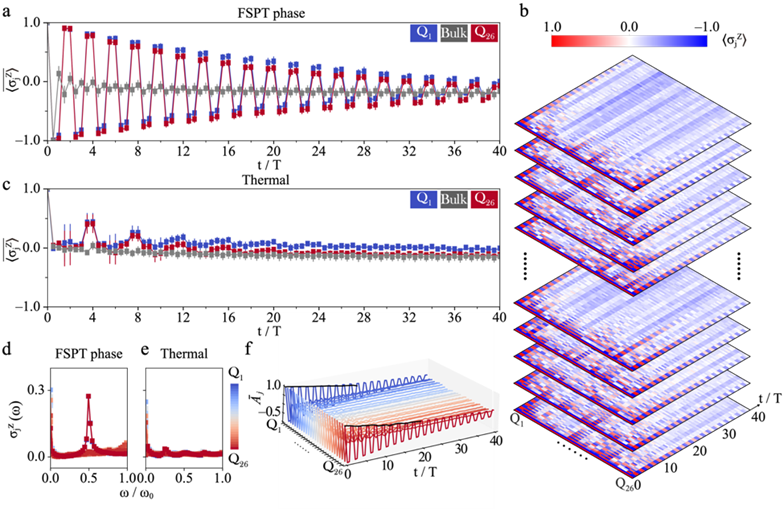