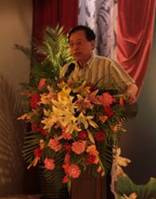 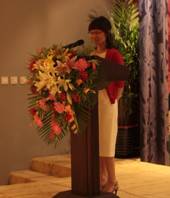 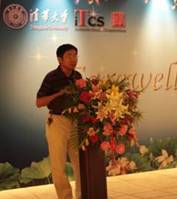 Prof. Yao was first invited by the hostess Xiamin Lv to address, expressing his recognition for the contributions by the seven postdocs and his warm congratulations to the three PhD graduates. Looking forward to the future, Prof. Yao believed they would make greater achievements at their new work place. He also extended his welcome to them for visiting ITCS again. Then, Prof. Wang gave her gratitude to those postdocs for their hard work, while Prof. Xiaoming Sun recalled the good time they spent together both at work and play. Assistant Professor Christophe Tartary, who was in France at the moment, also sent his best wishes to them through video. 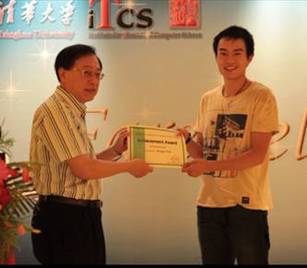 One of the highlights at the party was to grant the 2010 ITCS Achievement Award, which went to Hongyi Yao for his two published papers in INFOCOM and remarkable performance in research. This Award was granted by Prof. Yao. 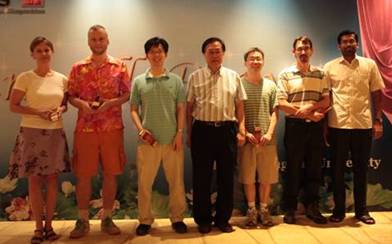 Prof. Yao also presented gifts to them as souvenirs, on which he wrote some words such as “An educated gentleman cannot but be resolute and broad-minded, for he has taken up a heavy responsibility, and a long course,” that heartily showed his ardent expectations for the students. 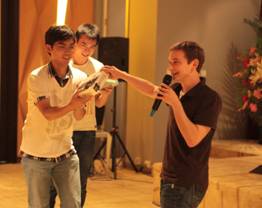 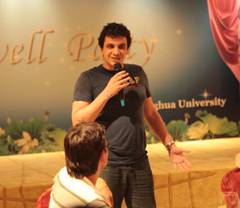 The dinner began with Prof. Yao’s toast for greater success in research. Then, the party hosted by Ms. Mengting Song continued. Seven postdocs and three PhD graduates all gave some remarks and took part in the game of “Silly Questions and Riddles”. Assistant Professor Periklis Papakonstantinou also expressed his best wishes. Postdoc Kevin Matulef composed a poem and presented it to the seven postdocs and three PhD graduates. The party reached a climax at Ms. Jing Liu and Hongyi Yao’s singing.

The party ended with a touching slide presentation, which showed the good time they enjoyed at ITCS and memories they would cherish wherever they go. ITCS is our home and today’s departure is for tomorrow’s reunion. Best wishes to everybody and ITCS! 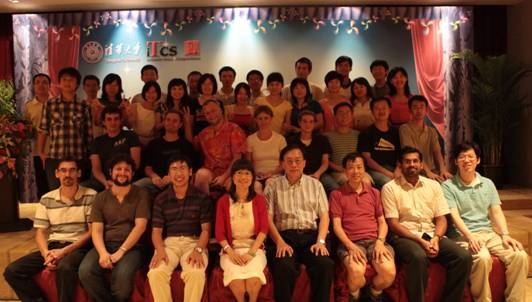 Figure Teachers and students from ITCS at the farewell ceremony