On the morning of September 15, Prof. Andrew Chi-Chih Yao delivered a talk entitled Alan Turing: Life and Work in Peking University.
As the host mentioned in his opening introduction, Prof. Yao, the first and only Asian A.M. Turing Award laureate so far, holds special feelings toward Alan Turing. His understanding and account of Turing is thus of particular significance. 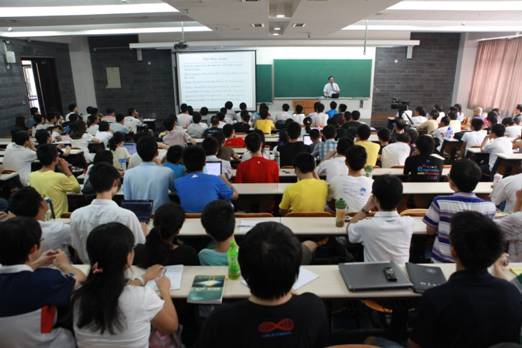 Prof. Yao is giving the lecture

The lecture lasted for around 100 minutes and covered the “Study Year”, “War Year” and “Exploration Year” of Turing. “Alan Turing is a legend and a paradox,” Prof. Yao started with the remark. Throughout the lecture, he focused on the question “how did Turing become one of the most influential thinkers of the last century and what impact his work continues to have in the current century.”

Prof. Yao introduced that Turing (1912-1954) was influential in the development of computer science as he provided a formalization of the concept of the algorithm and computation with the Turing machine. He also talked about the experiences of such great thinkers as David Hilbert, Kurt Gödel, Claude Shannon, and John Von Neumann, which deeply impressed the audience. Besides the legendary life, Prof. Yao also shared Turing’s scientific spirit. He summarized the source of creativity as “an exciting time”, “a nourishing environment” and “an inquisitive and creative mind”. He believed that these three elements, which are the essence of Turing’s success, are also critical to students’ academic career. 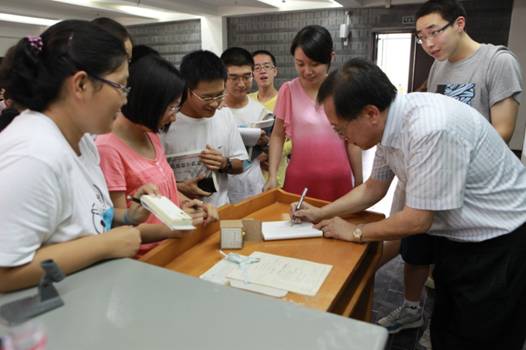 Both teachers and students were actively involved in the lecture. Many of them asked for Prof. Yao’s autograph during the break. In the Q&A session, Prof. Yao answered their questions on “artificial intelligence”, “conscious” and others. 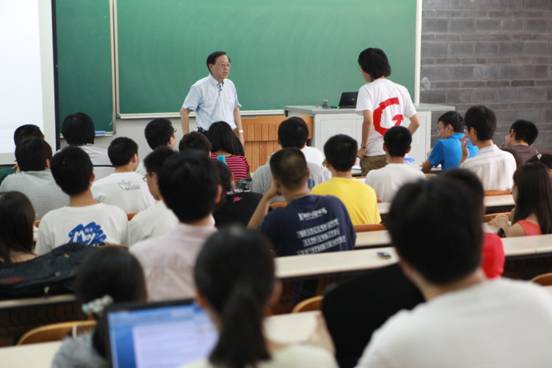 This is the second talk for the selective course What is Science of Peking University, which invited Prof. Chen-Ning Franklin Yang, Nobel Prize laureate in 1957, for the first talk.