“Current Trends in Algorithms, Complexity Theory, and Cryptography” (CTACC 2009) which lasted six days accomplished all its sessions and concluded successfully on March 27, 2009. During this conference, faculty members of ITCS have exchanged their ideas with visitors from University of Aarhus (Denmark), Chinese University of Hong Kong and University of Sydney on algorithms, complexity theory and cryptography.

CTACC 2009 aims to discuss the latest achievements in the field of theoretical computer science as well as to strengthen the communication and cooperation between visitors from abroad and members of ITCS. Attendees of the conference have carried out hot discussion on various areas which they concern through this conference.

Apart from 11 sessions of the conference, ITCS has arranged tour activities. On March 24, under the guidence of staff member of ITCS, foreign guests visited the Badaling Great Wall and Olympic Stadium. They were all amazed at the Chinese cultural heritage as well as creative modern architectures. 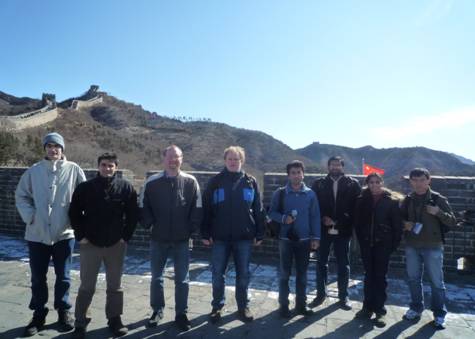 Group photo on the Great Wall 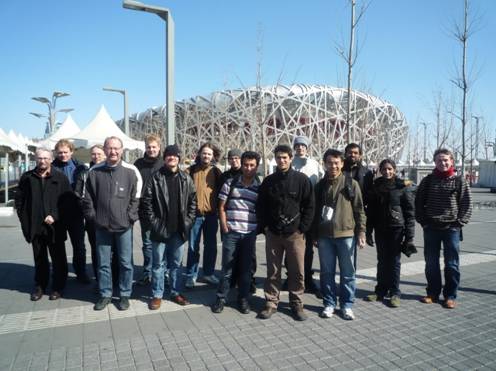 Group photo in front of the Bird’s Nest

In appreciation of the attendance of visitors from abroad, a banquet was held late evening on March 26. In his speech, Prof. Andrew Chi-Chih Yao expressed his gratitude to scholars from University of Aarhus (Denmark), Chinese University of Hong Kong and University of Sydney for their attendance. He said that this conference was quite successful and it is sure that the communication and cooperation between Danish and Chinese researchers will be strengthened.

CTACC 2009 concluded successfully after the panel discussion on the sixth day of the conference, during which scholars from Denmark not only carried out academic exchange with professors of ITCS, but also have a taste of Chinese culture. It is beyond doubt that this conference will bridge the distance between Chinese and Danish scholars, and most of them wish to have a further chance to visit ITCS of Tsinghua university.