Prof. Andrew Yao and Prof. Amy Wang were invited to visit MIT for her 150th anniversary in April. Prof. Yao introduced his proposal of two concepts in winning Turing Award. He believed that his proposal of two concepts would lead to the creation of two subjects in Theoretical Computer Science which over the years has shown lots of apps and applications. And the first of this is communication complexity which transfers the amount of the communications when several computers want to perform a joint computation based on the practices. The second concept was about the pseudorandom number generator which has been a very import subject in simulations and graphic fields.

Prof. Yao also said that he served briefly on MIT faculty during 1975-1976 and his work has been influenced by a lot of MIT people till this day, for example, pseudorandom number generation by Ron Rivest, Shafi Godwasser and Silvio Micali. 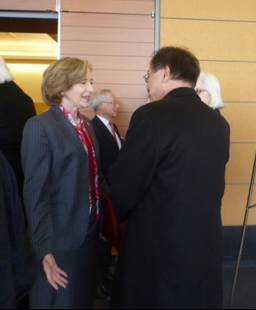 In the discussion session, Prof. Yao shared his understandings that for theorists, it is very important to do theoretical problems that are related to technology. He thought the advance of technology brings out a lot of really interesting problems, and things that have very heavy technology content also have rich theoretical content. He also mentioned that he has been very lucky to get into the field of computer science. 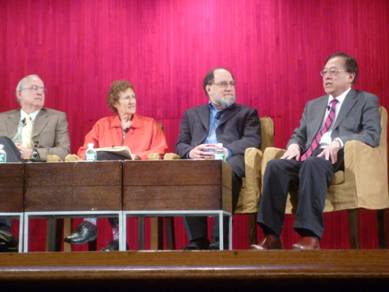 Prof. Yao also met two students from Yao Class who are currently studying at MIT under student exchange program between IIIS, Tsinghua University and CSAIL, MIT. He was happy to know that Dong Zhou and Ge Fang are doing well at MIT. 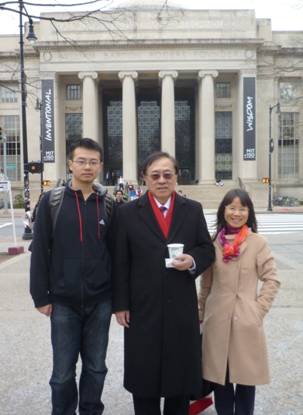