A grand reception banquet was held late evening on March 23 in Wenjin Hotel by ITCS, Tsinghua, designing to extend welcome to attendees of CTACC 2009. Guests include 11 visitors from University of Aarhus, Denmark and 3 from Chinese University of Hong Kong and University of Sydney. Faculty members including Prof. Andrew Chi-Chih Yao, Prof. Yuexuan Wang and Prof. Xiaoming Sun as well as postdocs, students and staff from ITCS also attended the banquet. 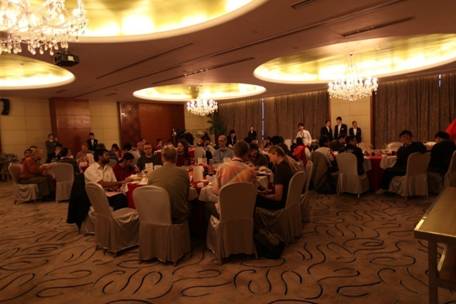 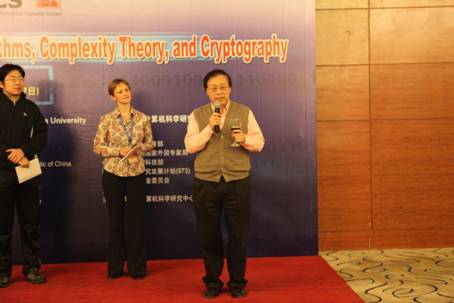 The banquet was hosted by Anke (a postdoctoral researcher from ITCS) and Song Hao (student ITCS). Not only did the guests taste delicious Chinese food, but they also had a good taste of Chinese traditional art. In total, 10 performances including songs, Chinese traditional opera, Chinese tongue twister, dancing and instrumental playing were presented by faculty members and art troupe of Tsinghua as well as students and staff from ITCS. The audience was all amazed at their brilliant performances and gave them a big round of applause. Particularly, the poem recitation by Song Hao, the Tai Chi performance by teachers of Tsinghua and folk music played by the art troupe were warmly welcomed, especially Ivan Damgard, a professor from University of Aarhus, who later extemporized a violin solo. 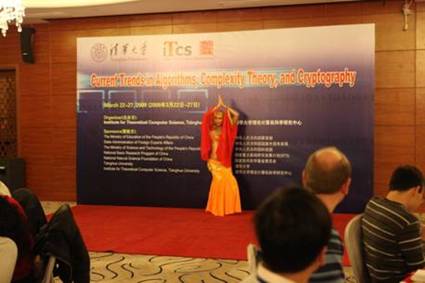 A staff member of ITCS is performing belly dance. 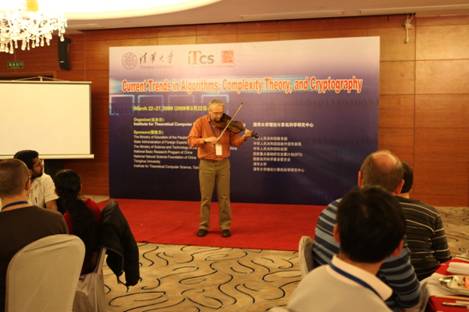 All guests were deeply impressed by this banquet which lasted over two hours and was designed not only as a welcome but also as an opportunity for the communication between members of ITCS and visitors abroad. It is beyond doubt that their friendship will be strengthened, and their communication will extend far beyond the rich culture of Denmark and China, the former a fairy tale kingdom, while the latter a country with great ancient civilization, to the realm of science and technology.
<![endif]-->
Login