On June 6th and 7th, 2009, a spring outing was arranged for our faculty and students to Long Qingxia Canyon in Beijing Suburban Yanqing District, Grasslands in west Beijing and Wild Duck Lake National Wetland Park.

In the early morning of June 6th, we gathered at the east gate of Tsinghua University on time and at 8 sharp, we embarked on our suburban tour to Yanqing. We were chatting and singing in joy all along way in spite of the rain until we arrived at our first destination---Long Qingxia Canyon.

The Long Qingxia Canyon, well-known for the Small Lijiang River beyond the Great Wall, is not only as grandeur as the Great Wall, but also as delicate as Jiangnan. We took the longest elevator in the world getting to the place where we could enjoy the beautiful scenery by boat. On the boat, we were completely immersed in the picturesque scenery. Then, we landed on a small island. Some went to visit the temple, some went to play poker, and others played bungee, brave enough to throw themselves into the embrace of Long Qingxia Canyon. We had such a wonderful time there that we were reluctant to say goodbye. 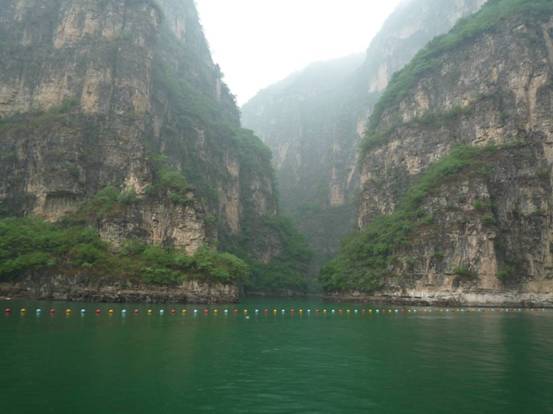 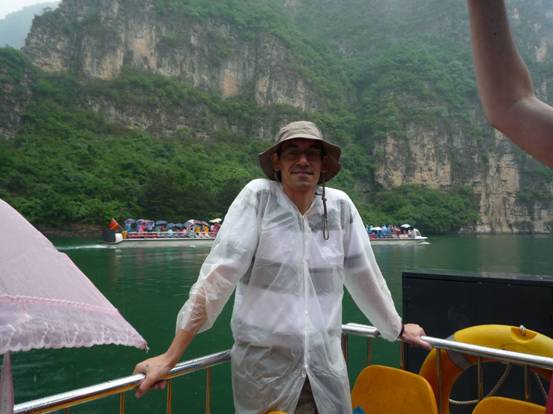 At noon, we left Long Qingxia Canyon and checked in at Happy Holiday Hotel, where we took a short break and had our lunch. Then we headed for West Beijing Grassland. Mountains and rivers were glistening in the sunlight after the rain. After half an hour’s drive we arrived at the destination. Grasses appeared even greener against blue June sky. Having put on the riding boots, we got on the horses, and run into the vast grasslands under the guidance of our coach. Anke and Hongyi Yao suddenly took the lead and their riding skills won the others’ admiration. With the help of our coach, we quickly acquired the riding skills, and began to enjoy the pleasure of horse-riding. Look! What a vivid picture of horse riding! 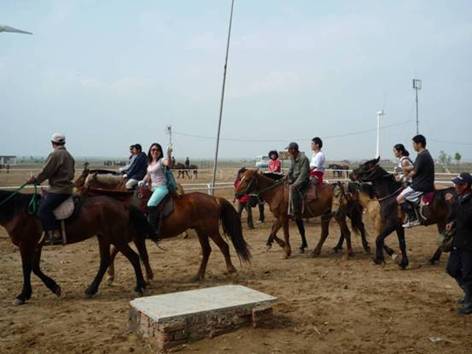 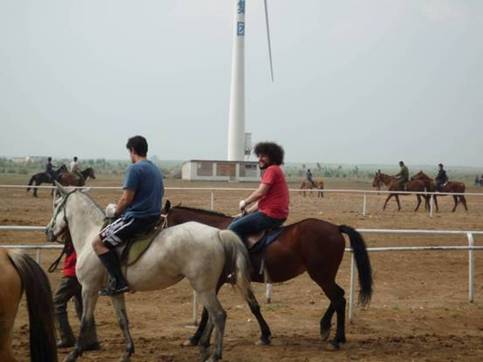 When the sun was going down, we went back to our hotel. After dinner, we had other entertainments, such as swimming, bowling, Shahu balls, ping pang, shooting, billiards, Kara OK, etc., which gave us a joyful night.

The next morning, we drove to visit the Wild Duck Lake National Wetland Park. We were very excited to see flocks of wild ducks and pairs of swans so closely. Prof. Du also bought some food for the wild ducks, which aroused a stir in them. There were also some white swans flying by. Walking around the lake at such a moment was no doubt a kind of enjoyment and relaxation. By the lake Anke and Frans were sitting in the rocking chair, sharing the serenity of their own. 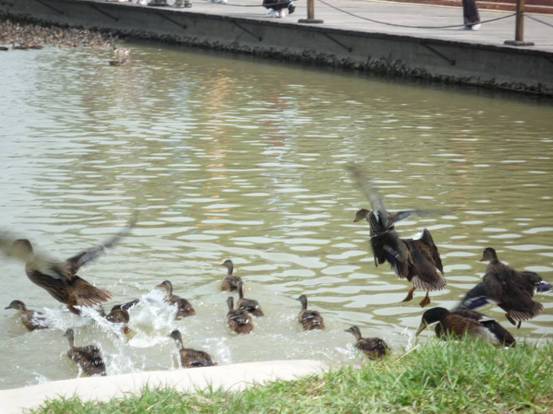