Prof. Kihwan Kim’s trap-ion group at Center of Quantum Information of Institute for Interdisciplinary Information Sciences experimentally demonstrates arithmetic with phonons in the trapped ion system. The paper, which is entitled as “Phonon arithmetic in a trapped ion system”, was published in Nature Communications on April 21st. The corresponding authors are Prof. Myungshik Kim at Imperial College in London and Associate Prof. Kihwan Kim. IIIS Ph. D candidates Mark Um and Junhua Zhang are the co-first authors, contributing equally to this work. 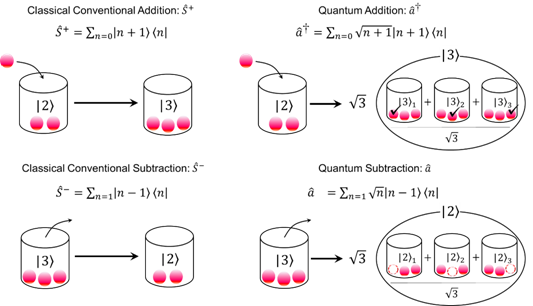 Figure 1 The fundamental difference between classical and quantum arithmetic. In the classical arithmetic, we deterministically add or subtract a particle, but in quantum mechanics, the probability of adding and subtracting a particle depends on how many are already there, which makes the operation probabilistic.

The deterministic arithmetic, i.e., addition or subtraction with quantum particles seems pretty simple and elementary. However, it is extremely difficult and complicated to achieve in quantum device, because quantum theory is based on the mathematical structure which is totally different from conventional arithmetic. 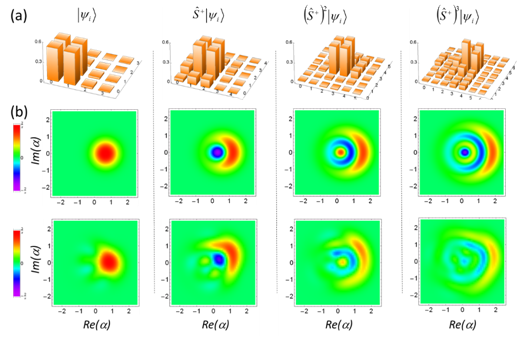 Figure 2 The experimental results for the phonon additions. (a) Additions on a superposition state

. (b) Wigner function after the additions on a coherent state

This paper reports the deterministic addition and subtraction of a quantum particle, phonon in the trapped ion system, for the first time. The authors realize the operations by coupling phonons to an auxiliary two-level system, so called, the hybrid scheme of discrete- and continuous-variable and applying a newly-developed counter-diabatic quantum driving technique. The authors perform the arithmetic on various quantum states including superpositions of Fock states and coherent states and observe that classical states are turned into nonclassical ones manifesting highly sub-Poissonian statistics and negativity in the Wigner function after successive operations.

The conventional addition and subtraction operations are capable of eterministically generating a nonclassical and non-Gaussian states, which helps provide an efficient scheme for quantum state engineering. This scheme may be further applied to various quantum optics setups such as cavity quantum electrodynamics and opto-mechanics. This paper notes a theoretical scheme that the non-Gaussian information of a phonon state would be transferred to that of photon through phonon-photon coupling.