A national key point project, entitled “Ion-trap quantum computation”, was launched at RM 1-315, FIT Building, Tsinghua University on the morning of October 20, with the presence of Ms. YU Xiaoxiao from the Ministry of Science and Technology, DENG Ning, vice director of Office of Scientific R&D, Tsinghua, and Prof. Andrew Yao, IIIS Dean. 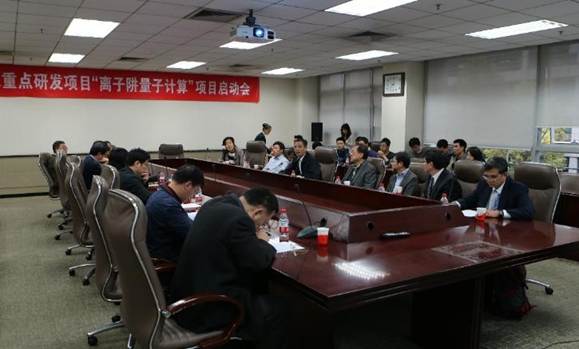 The project proposal stood out through competitive selection as one of the first “2016 Key Point Projects” funded by the state. Led by Prof. Kihwan Kim (IIIS) with input from Prof. Yipu Song (IIIS), and Prof. Wei Wu, it aims to exploit the question about what is the ultimate computability of a physical machine by developing a large scale quantum system based on ion trap technology. In particular, the research plans to realize a boson sampling machine beyond classical computation and to implement a hybrid ion trap system for quantum simulation. 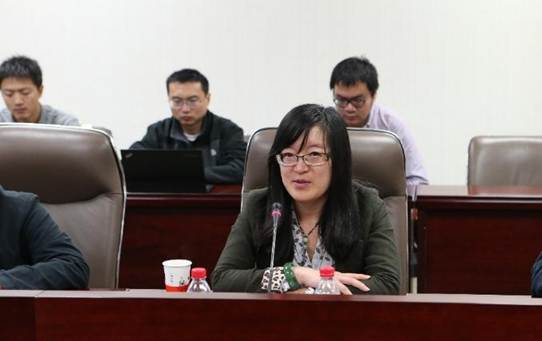 The boson sampling machine is considered to be classically intractable even with 20-30 bosons according to the computational complexity theory. The boson sampling is to obtain the final distribution of N number of indistinguishable bosons that pass through intertwined M number of modes. Bosons in the trapped ion system are phonons, which can be processed all in a deterministic manner and do not have any fundamental limit for the large size of sampling contrary to photon realization. 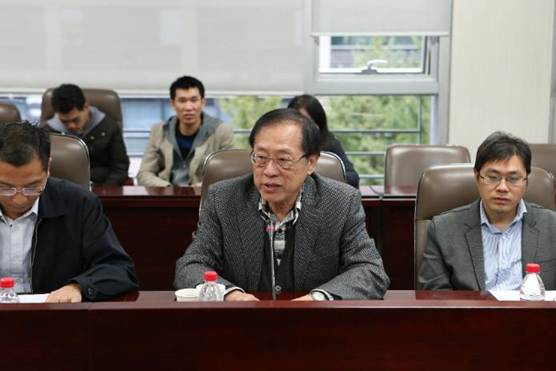 The hybrid ion trap system, an ion trap system containing different atomic species, is the essential component for the large scale quantum computation through ion shuttling. The system can be used for the memory zone that contains qubits for hour-long coherence time, the quantum simulation of a large spin system, where quantum state tomography is impossible, and so on. 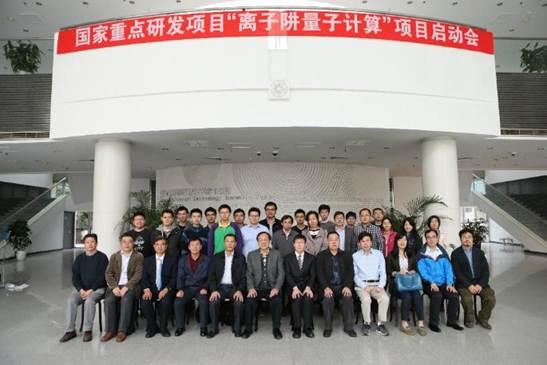 This 2016 Key Point Project is also co-participated in by National University of Defense Technology.