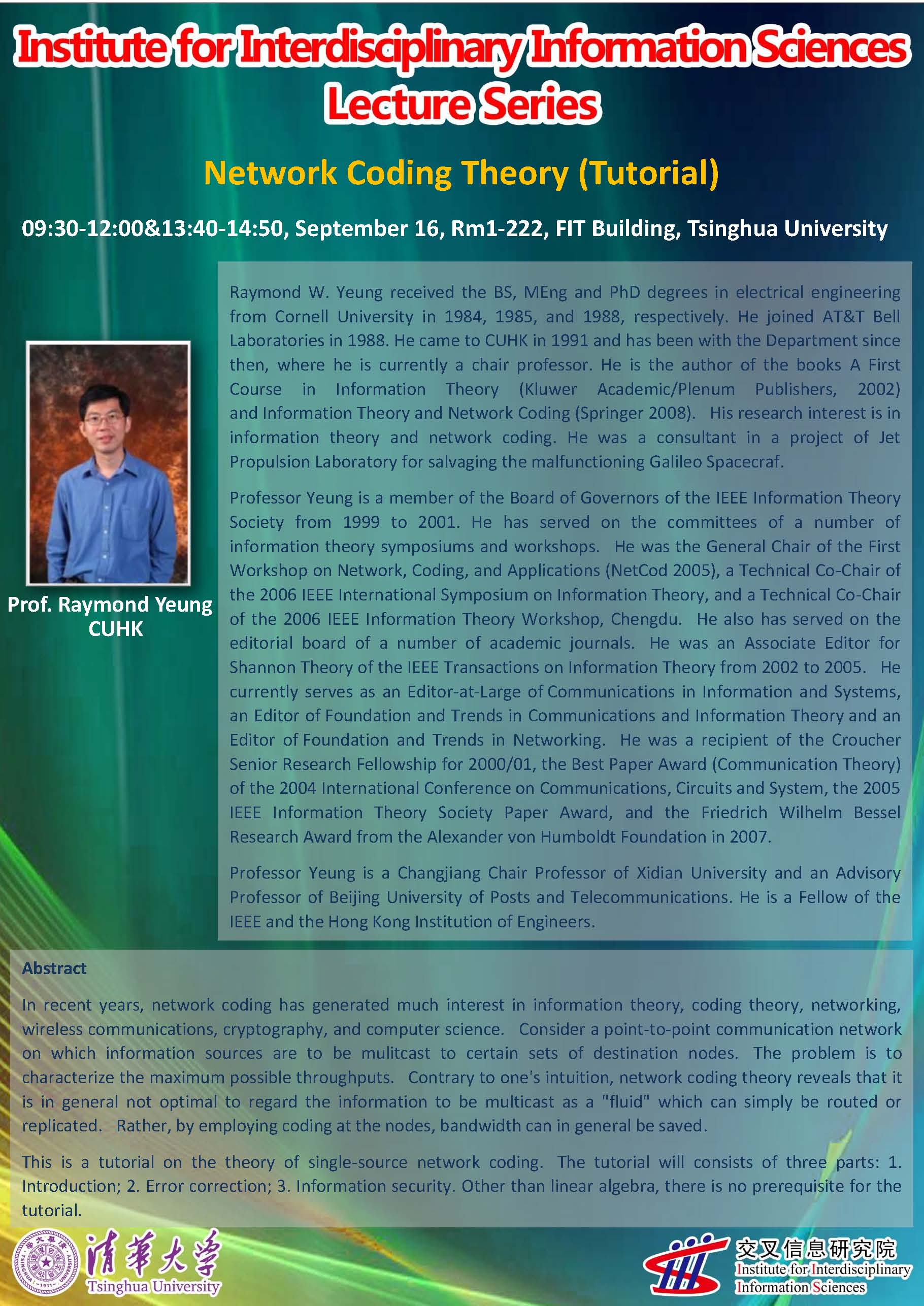 
In recent years, network coding has generated much interest in information theory, coding theory, networking, wireless communications, cryptography, and computer science.  Consider a point-to-point communication network on which information sources are to be mulitcast to certain sets of destination nodes.  The problem is to characterize the maximum possible throughputs.  Contrary to one's intuition, network coding theory reveals that it is in general not optimal to regard the information to be multicast as a "fluid" which can simply be routed or replicated.  Rather, by employing coding at the nodes, bandwidth can in general be saved.

This is a tutorial on the theory of single-source network coding.  The tutorial will consists of three parts:

Other than linear algebra, there is no prerequisite for the tutorial.

He is the author of the textbooks A First Course in Information Theory (Kluwer Academic/Plenum 2002) and its revision Information Theory and Network Coding (Springer 2008), which have been adopted by over 60 institutions around the world. His research interests include information theory and network coding.

He was a recipient of the Croucher Foundation Senior Research Fellowship for 2000/2001, the Best Paper Award (Communication Theory) of the 2004 International Conference on Communications, Circuits and System (with C. K. Ngai), the 2005 IEEE Information Theory Society Paper Award (for his paper \Linear network coding" co-authored with S.-Y. R. Li and N. Cai), and the Friedrich Wilhelm Bessel Research Award of the Alexander von Humboldt Foundation in 2007. He is a Fellow of the IEEE and the Hong Kong Institution of Engineers.