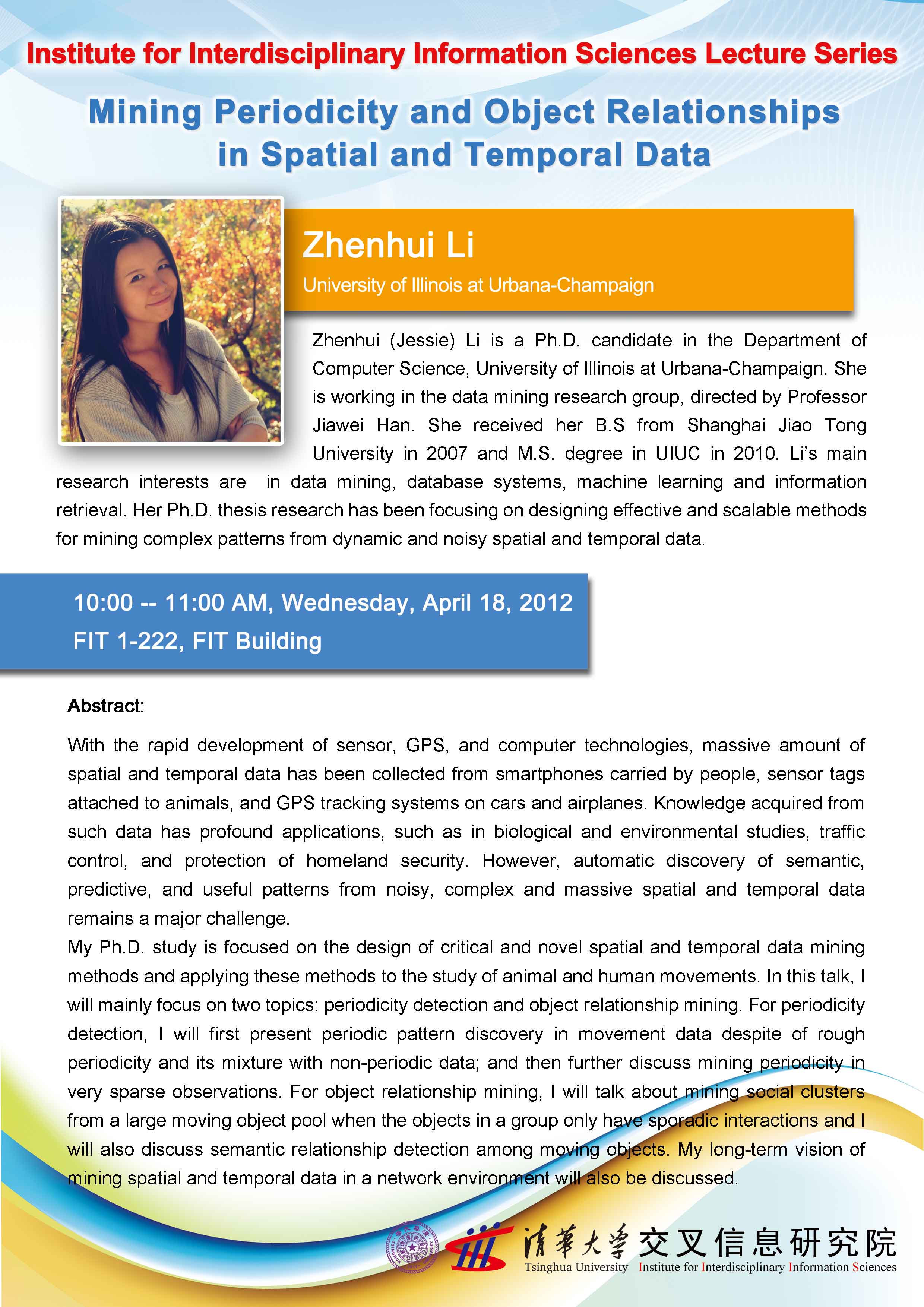 
With the rapid development of sensor, GPS, and computer technologies, massive amount of spatial and temporal data has been collected from smartphones carried by people, sensor tags attached to animals, and GPS tracking systems on cars and airplanes. Knowledge acquired from such data has profound applications, such as in biological and environmental studies, traffic control, and protection of homeland security. However, automatic discovery of semantic, predictive, and useful patterns from noisy, complex and massive spatial and temporal data remains a major challenge.

My Ph.D. study is focused on the design of critical and novel spatial and temporal data mining methods and applying these methods to the study of animal and human movements. In this talk, I will mainly focus on two topics: periodicity detection and object relationship mining. For periodicity detection, I will first present periodic pattern discovery in movement data despite of rough periodicity and its mixture with non-periodic data; and then further discuss mining periodicity in very sparse observations. For object relationship mining, I will talk about mining social clusters from a large moving object pool when the objects in a group only have sporadic interactions and I will also discuss semantic relationship detection among moving objects. My long-term vision of mining spatial and temporal data in a network environment will also be discussed.


Zhenhui (Jessie) Li is a Ph.D. candidate in the Department of Computer Science, University of Illinois at Urbana-Champaign. She is working in the data mining research group, directed by Professor Jiawei Han. She received her B.S from Shanghai Jiao Tong University in 2007 and M.S. degree in UIUC in 2010. Li’s main research interests are  in data mining, database systems, machine learning and information retrieval. Her Ph.D. thesis research has been focusing on designing effective and scalable methods for mining complex patterns from dynamic and noisy spatial and temporal data.