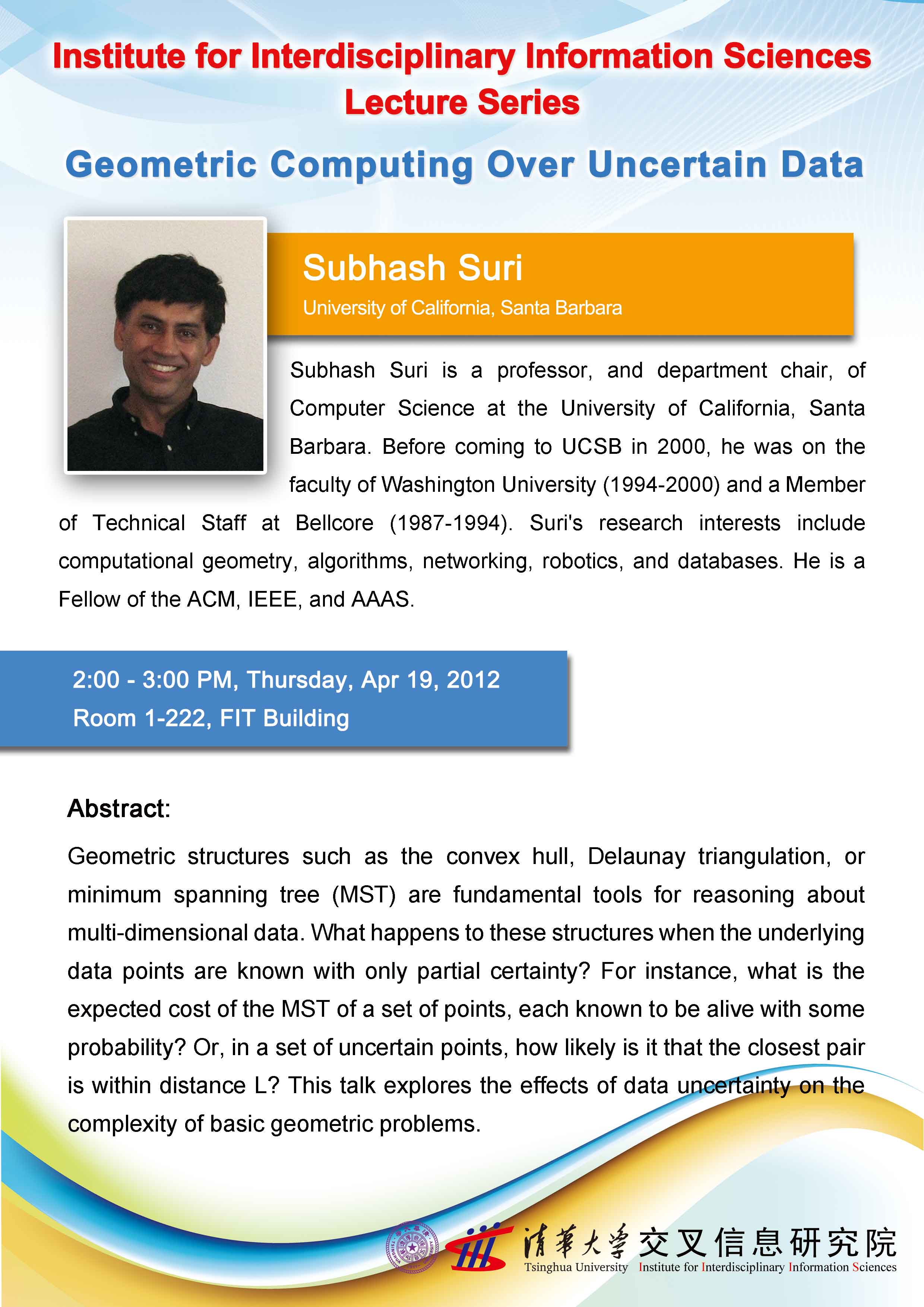 
Geometric structures such as the convex hull, Delaunay triangulation, or minimum spanning tree (MST) are fundamental tools for reasoning about multi-dimensional data. What happens to these structures when the underlying data points are known with only partial certainty? For instance, what is the expected cost of the MST of a set of points, each known to be alive with some probability? Or, in a set of uncertain points, how likely is it that the closest pair is within distance L? This talk explores the effects of data uncertainty on the complexity of basic geometric problems.


Subhash Suri is a professor, and department chair, of Computer Science at the University of California, Santa Barbara. Before coming to UCSB in 2000, he was on the faculty of Washington University (1994-2000) and a Member of Technical Staff at Bellcore (1987-1994). Suri's research interests include computational geometry, algorithms, networking, robotics, and databases. He is a Fellow of the ACM, IEEE, and AAAS.