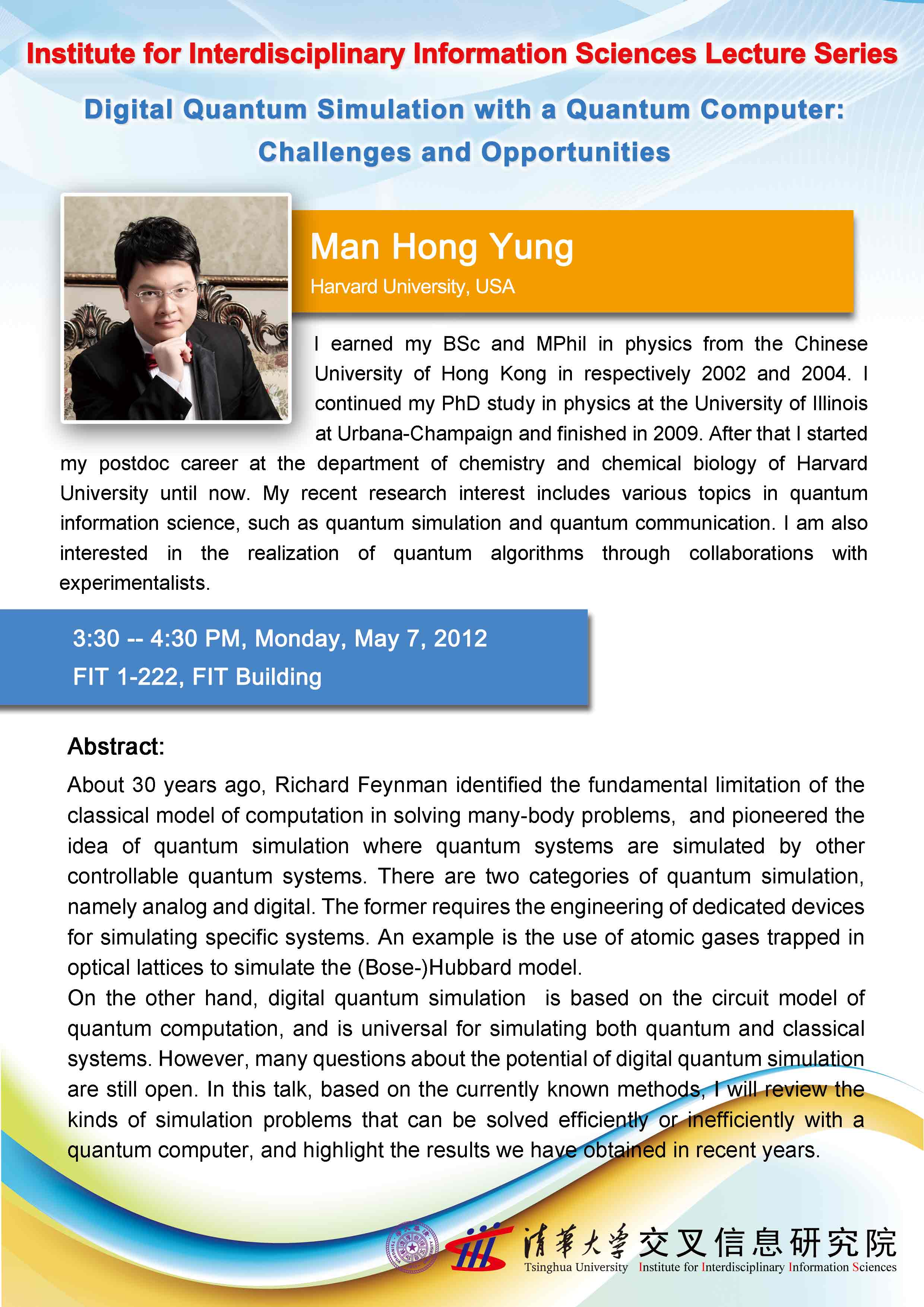 
About 30 years ago, Richard Feynman identified the fundamental limitation of the classical model of computation in solving many-body problems,  and pioneered the idea of quantum simulation where quantum systems are simulated by other  controllable quantum systems. There are two categories of quantum simulation, namely analog and digital. The former requires the engineering of dedicated devices for simulating specific systems. An example is the use of atomic gases trapped in optical lattices to simulate the (Bose-)Hubbard model.

On the other hand, digital quantum simulation  is based on the circuit model of quantum computation, and is universal for simulating both quantum and classical systems. However, many questions about the potential of digital quantum simulation are still open. In this talk, based on the currently known methods, I will review the kinds of simulation problems that can be solved efficiently or inefficiently with a quantum computer, and highlight the results we have obtained in recent years.


I earned my BSc and MPhil in physics from the Chinese University of Hong Kong in respectively 2002 and 2004. I continued my PhD study in physics at the University of Illinois at Urbana-Champaign and finished in 2009. After that I started my postdoc career at the department of chemistry and chemical biology of Harvard University until now. My recent research interest includes various topics in quantum information science, such as quantum simulation and quantum communication. I am also interested in the realization of quantum algorithms through collaborations with experimentalists.