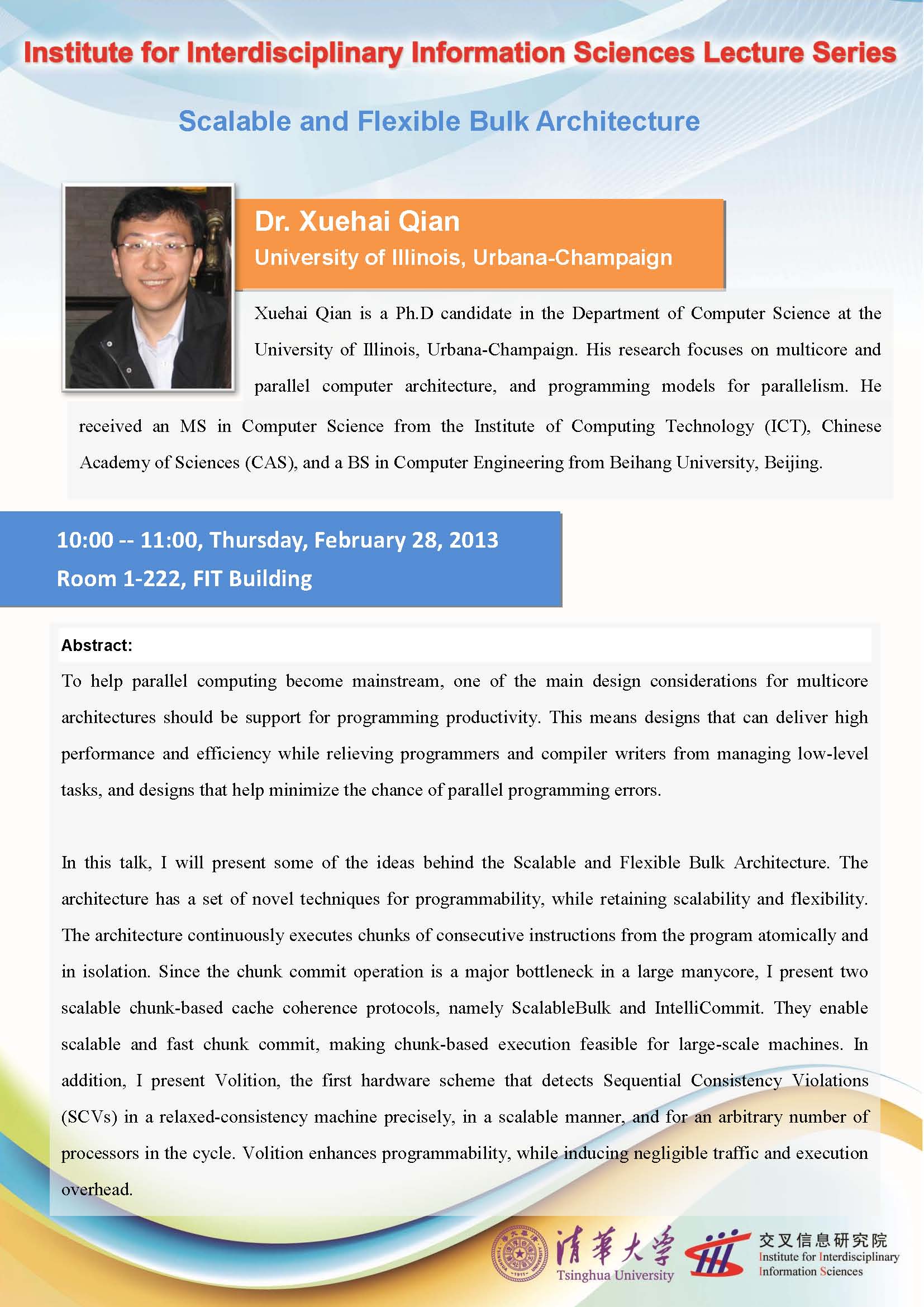 
To help parallel computing become mainstream, one of the main design considerations for multicore architectures should be support for programming productivity. This means designs that can deliver high performance and efficiency while relieving programmers and compiler writers from managing low-level tasks, and designs that help minimize the chance of parallel programming errors.

In this talk, I will present some of the ideas behind the Scalable and Flexible Bulk Architecture. The architecture has a set of novel techniques for programmability, while retaining scalability and flexibility. The architecture continuously executes chunks of consecutive instructions from the program atomically and in isolation.
Since the chunk commit operation is a major bottleneck in a large manycore, I present two scalable chunk-based cache coherence protocols, namely ScalableBulk and IntelliCommit. They enable scalable and fast chunk commit, making chunk-based execution feasible for large-scale machines. In addition, I present Volition, the first hardware scheme that detects Sequential Consistency Violations (SCVs) in a relaxed-consistency machine precisely, in a scalable manner, and for an arbitrary number of processors in the cycle. Volition enhances programmability, while inducing negligible traffic and execution overhead.

人物介绍：
Xuehai Qian is a Ph.D candidate in the Department of Computer Science at the University of Illinois, Urbana-Champaign. His research focuses on multicore and parallel computer architecture, and programming models for parallelism. He received an MS in Computer Science from the Institute of Computing Technology (ICT), Chinese Academy of Sciences (CAS), and a BS in Computer Engineering from Beihang University, Beijing.